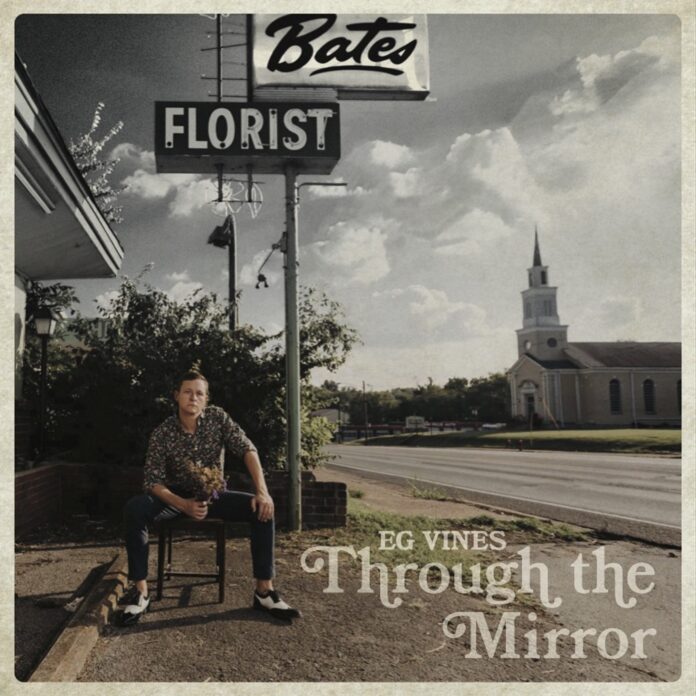 He was splitting life between a desk job and music and says it resulted in him being constantly on edge, carrying frustrations on his back all the time. He has a new album “Through The Mirror” released this month which he says is “a collection of songs influenced by a hyper-politicized world and the dilemma of social media, being in a hall of mirrors instead of seeing reality.” Vines notes, “It’s that social dilemma. People get in their hall of mirrors and maybe they’re not looking at reality.”

The album kicks off with `Am I Dreaming` and it`s a wonderfully anthemic number. The narrator seems to be conflicted about his life as the lines between reality and fantasy seem blurred. It moves to become more observational as to where his life is currently and concludes that he`ll continue to dream regardless of the outcome. The singer`s voice is wonderfully delicate but is aided by some rich drumming, piano, delightful backing vocal harmonies and guitar chords interspersed along route. There`s some captivating resonating guitar chords that lead us along `Good Enough` a quite reflective, introspective track that addresses all kinds of challenging issues such as slavery. It`s delivered in a questioning and not preachy style, which to me has much more impact.

`The Royal Diplomat` is another insightful piece which has a harder rock edge with enchanting backing vocal harmonies. I guess `King Of The Rat Race` is the singer`s tongue in cheek reflection on life`s competitive struggle to get ahead financially. The tinkling piano keys and restrained drumbeat that led us in were a joy to behold. At times it had a virtually spiritual texture with dreamy harmonies shared intermittently throughout.

`Them` is a belting rock out with lyrics fired out at a rapid pace. A sort of diatribe about how the media try and divide society and has a telling lyric in “if you`re not with us, then you`re them”. There a much more despondent sense about `Meat On My Eyes` and the pain in the singer`s vocal delivery is nearly tangible. The best way to describe this number is probably label it as a Murder ballad. That is until midway through where it has much more of an expansive, expressive texture with vocals that wail in almost hopelessness and the despair in the music that envelops us is overwhelming.

The guitar is really cranked up on `Ride` a blistering rock number that has some powerfully expressive vocals. A cracking number that seems to border on aggression. There`s a kind of strangeness about `Waiting On The Aliens` a mid-paced quite infectious track with a dazzling guitar solo. A composition that will have you singing the chorus long after it`s finished.

`Peace In This World` is a ruminative, deeply thoughtful, and hopeful desire for a better outcome for this planet. It`s a song that drew me in and I became quite mesmerised with the overall musical harmony and delivery in general. The album closes with `Every Star` a further reflective piece which has idealistic lyrics longing for an idyllic utopian universe.

I have to say I was quite spellbound and amazed by EG Vines, somebody who I’d never heard of before and `Through The Mirror` is a magnificent release which allows this artist to showcase his talents. His music ranges from folk to arena rock, acoustic jams to more intricately introspective reflections and life desires. He has assembled some seasoned musicians to help him realise his vision with Ben Cunningham (bass/synth), Heidi Buyck (keys/background vocals) and John Rodrigue (drums).

If life was fair EG Vines, in my opinion would be a massive star but…. Here`s hoping.