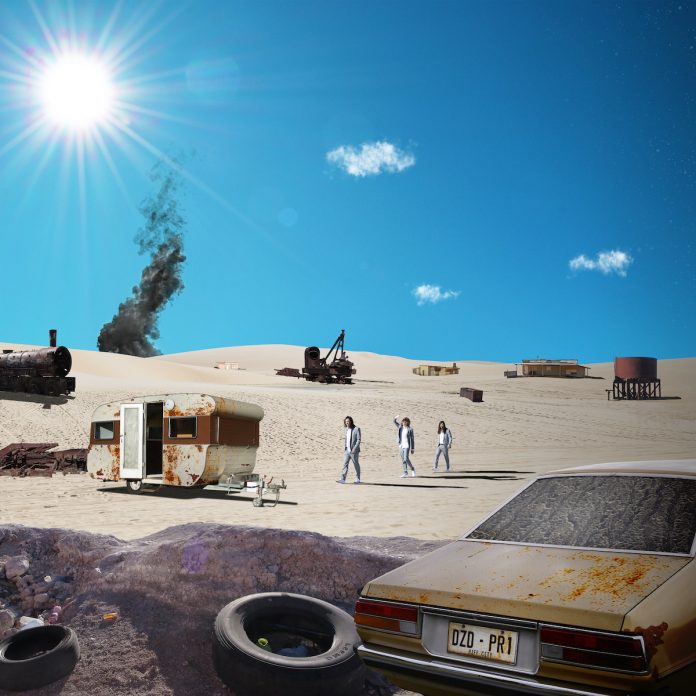 I must be getting old when a decade I lived through is now so long ago that it appears to be the subject of a revival.

Just the other week, we had Dinosaur Pile Up doing something pretty special, we’ve had the phenomenal Puppy album earlier this year, and that’s just a couple of records that looked back into the period, post-grunge, if you like, to find their inspiration.

To that (increasingly long) list we can add DZ Deathrays. From Brisbane, they were a duo, now they aren’t (third member Lachlan Ewbank is now in full time) “Positive Rising: Part 1” (part two is out later in the year)is their fourth record, and essentially amounts to a journey through the nights you wished you’d had in the 90s, but never did.

Billed on the promo material as “dance punk”, and those words meant I was partly expecting, in honesty, something if not quite The Prodigy in their “Fat Of The Land” style pomp, then at the very least a bit of a Riskee And The Ridicule thing going on.

And if you think back to the 90s and the furore when Kerrang! First started covering Liam Howlett and the boys, and such blurring of the lines was original – daring even.

That is what DZD are up against, it isn’t scary anymore to add to the melting pot. It is commonplace. So it is clear, from the widescreen harmonies of the opening “Hi Everyone” that they will do it their own way. “Hi to the immigrants, just like my grandmother” sings Shane Parsons and there is a pulsing electronic throb to this.

Back in about 1994 Therapy? released a record called “Infernal Love”, and it has the same type of angular guitar line as “Still No Change”, and whilst they could write a hook too, where DZ Deathrays score is they make their choruses about as unashamed indie floorfillers as you will find.

The diamond in this crown is “IN-TO-IT”, absolutely drugged up. This is the one. The one you never lived. Didn’t actually want to, in truth, but there’s a bit of you even now that will be merrily singing “don’t give a fuck about tomorrow morning” when the line hits and there is a genuine metal bit to the breakdown.

If you remember the Senseless Things at their best then you will smile in recognition at the pop rock “A Lot To Lose”, but the feeling that there is much more to come from the band is shot right through “Hypercolour”, probably about drugs (crikey everything here seems to be hedonistic) it’s delivery is simple, but it wrestles its way into the consciousness.

There seems be to a slew of Aussie bands, who have a desire to do 90s indie. “Snakes” is heavier, more grungy than DMA’s, but has similar roots. In fairness, you can’t pin these boys down, or if you do, you do at your peril, as “Nightmare Wrecker” proves.

“Year Of The Dog” has a kind of dark insistence, and Bronx frontman, Matt Caughthran adds his presence here and unlike some special guests he adds to the maelstrom of the song too, and the suggestion that this is a band that could do anything they like at any given moment is never far away anyway, but certainly not on the arena shaker in waiting, “Silver Lining” which brings a lush, massive quality to the soundscape.

You can be certain that “Positive Rising: Part 1” is very good indeed, what you can’t be sure of Is how part 2 will sound. It’ll be compelling, though. Interesting and eminently catchy too, if this is anything to go by.

Previous article
BAND OF THE DAY: GREAT GRANDPA
Next article
TIGERS ROAR IN