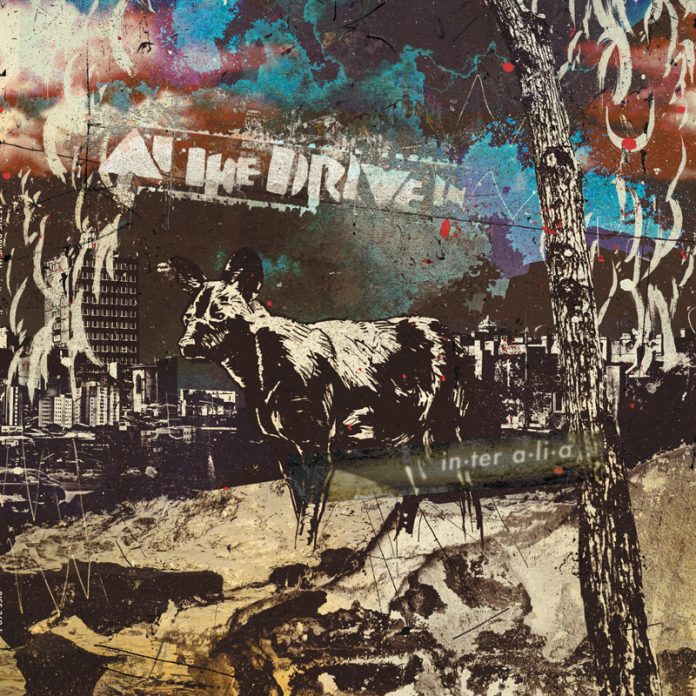 The first album for 17 years is right here

“Now I’m back, I guess I never really went away” – so sang The Wildhearts on “Do The Channel Bop” back in the late 90s.

Those words were not far from the thoughts when listening to “No Wolf Like The Present”, the opening track of “in • ter a • li • a”, the first album from At The Drive In for a staggering 17 years.

It could be said that – perhaps – the world wasn’t quite ready for ATDI back in the day. They were often lumped in with punk bands, but that was frankly insulting, given that the predominant punk of the day was Green Day and Blink 182 and their awful ilk.

If that music was about as dangerous as tea at your Grandma’s. At The Drive In, on the other hand, did what they wanted, how they wanted to do it – and if you could decipher what on earth they were on about, then all the best frankly.

So it is again. With main men Cedric Bixler and Omar Rodríguez taking time out from the Mars Volta to get most of the gang back together (long-standing member Jim Ward isn’t here this time) “in • ter a • li • a” is a mighty collection – and moreover a timely reminder that not all rock has to be generic.

“…..Present” boasts a hook line of “they own your history and scrap it for parts” and if nothing else, it proves that their gift for writing sloganeering lyrics hasn’t left them with the passage of time.

“Continuum” sees Bixler deliver words as only he can, and with Rodríguez behind him doing his thing with angular riffing, this is immediately a classic belonging in their pantheon. Indeed, that can be said for many of the 11 tracks here.

“Tilting At The Univendor” offers an unsettling rhythm pattern, “Governed By Contagions” immediately transports you back to somewhere in the late 90s that you think you remember but probably never existed and “Pendulum In A Peasant Dress”, with its industrial tinged opening, is effectively ATDI showing all the modern alt.rockers who try and copy them (but oddly always get it wrong) how it’s done.

“Incurably Innocent” is one of the cuts which they used to announce their return, and with its mighty chorus it’s easy to see why. If this one doesn’t make the set for the upcoming live shows, we’ll be amazed.

“Call Broken Arrow” adds a kind of unsettling, eerie angle, “Holzclaw” is just made for the moshpit – and its these kind of subtleties, this attention to light and shade that always made At The Drive In special and means they still are.

Ending with “Hostage “Stamps” is something of a masterstroke, given that it has the gleeful air of something that just wants to rock – but can’t resist subverting the formula (this time with a classical sample) but really it could have been anything. Straight up rock always bored At The Drive In. That was for others. Never them.

It’s still not. “in • ter a • li • a” proves that. And there’s no one better at being At The Drive In than the men themselves.