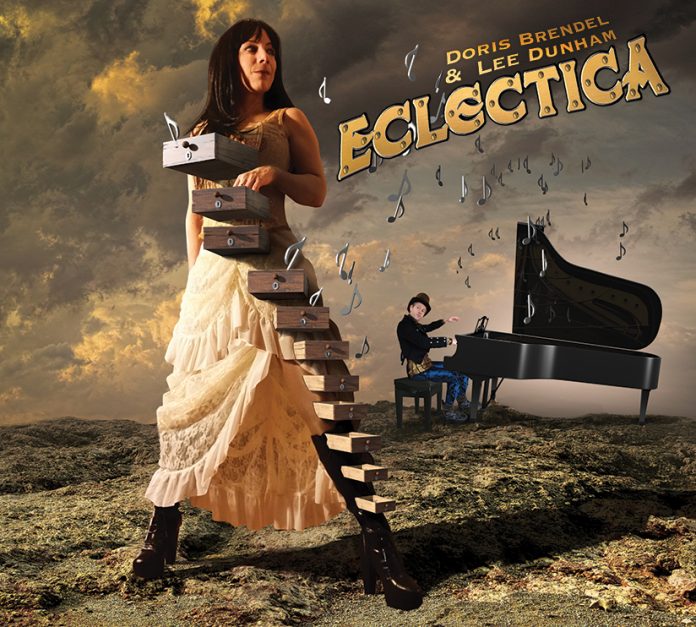 Doris Brendel is one of the most unique female rock-singers of the last decade. The daughter of famed classical pianist Alfred Brendel, she also fronted 1990s neo-prog rockers The Violet Hour.

This album is a follow up to the acclaimed album ‘Upside Down World’ released in 2015.

She has worked with some notable people over the years, including Alvin Lee, Gary Moore, Sam Brown, Joe Brown, Herbie Flowers, and has toured extensively with Marillion as well as Nils Lofgren, John Farnham and Steve Marriott. More recently she has completed two tours with Wishbone Ash, as well as appearing at various UK festivals.

Opening track `The One` is a piano driven, celtic, almost tribal offering with Doris `s breathy vocals close to pleading the lyrics of a pledging love. A heart wrenchingly beautiful track which really lays down a marker. `Love App` is an interesting concept, a computer application for love! Where do I sign up??

The song is a straight forward hard rock outing with some cracking guitar riffs.

`I Rather Wear Black` uses Brendel`s voice to the full, the backing of understated fretless bass, pounding drums and some modest guitar licks ensures that this track doesn’t seem overly long, although it weighs in at well over six minutes.

`Retribution` is an eclectic mix of celtic tinged hard and prog rock about vengeance or justice. The song has some great musical instruments layered on top of and together to give a great platform for the artist’s vocals.  There are flutes and tablas and some great backing vocals. I enjoyed this song and had it on repeat a number of times before moving on.

Something a little different and unexpected follows. The funky, bluesy `Animal` is a real throw back to the type of records that Stevie Wonder put out at his peak, a song in a similar vein to the wonderful Superstition.

`Losing It` starts off as a slower paced well thought out slice of intelligent prog rock which allows the singers voice to relax and blend over the musical support before the journey speeds up and then almost trips out before rocking out at the end. A truly pleasurable composition..

A rock out follows with the song `Death & Taxes` which states what we all have to accept that they are at least two things in life that are certain.

The penultimate track `Balloon` is a nicely paced tune, a more pop inspired piece, with lyrics that share ambitions and thoughts on life.

`One World` ends the album with a reggae flourish.  Brendel shares vocal duties in an uplifting refrain with the admirable intention of uniting the world. I could see this being a real crowd pleaser in a live setting, getting the masses to sing and clap along.

This was a very interesting album that covered a lot of bases and genres. It essentially is what the title suggests, an eclectic collection of songs. It spans pop, rock, prog, celtic and World styles.

The subjects are intelligent, joyous. sad, uplifting, inspiring but delivered with an amusing, and at times anguished style. The reason that this all works, is in no short measure down to the talent and ability of a gifted vocalist in Doris Brendel.