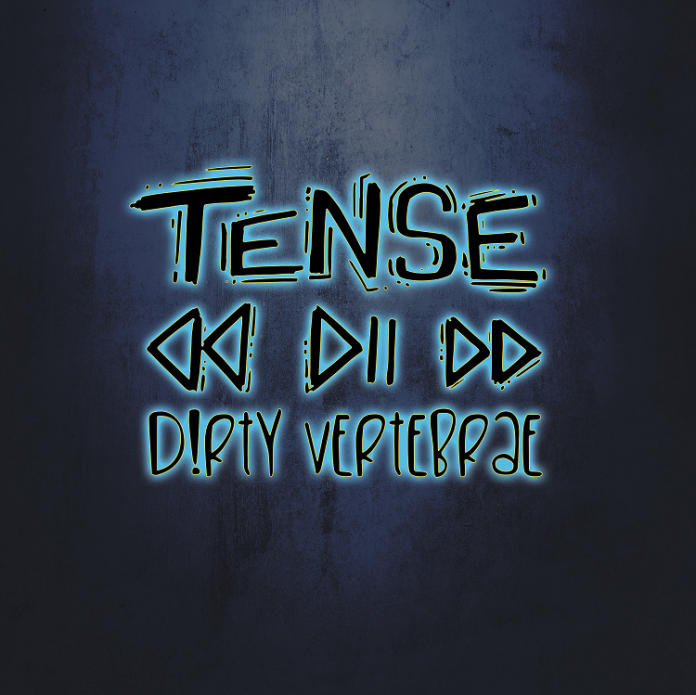 Recently, it seems to me, that there’s been a new wave of bands that have come along with a healthy disrespect for conventional.

Going way back I was always a fan of artists like Asian Dub Foundation, manBREAK and others, the ones who saw the word “boundary” as merely a challenge, not a restriction.

Just last month there was an EP from the South East by a band Crostpath’s who mixed a whole load of stuff and found something fresh. Now, to the list of promising miscreants come Dirty Vertebrae.

From Cheshire, the five piece do rap, rock, reggae, soul and something that sounds downright occult. Sometimes on the same song. Sometimes all at once.

The opener here clangs a bit like an indie rock banger, then Ash P’s rapping jolts. Mixing his razor sharp observations with singer Nicole’s strident voice – something akin to Chantal Brown from Vodun – and does so brilliantly. Over 3 minutes it excoriates the TV News (and I have to admit to smiling at “scientists confirm rhythm isn’t a dancer…..”) and still gives you something that you know will sound ace live.

“Tippex” does it with a little more soul, but that reckons without the mighty beat down of a chorus, while if “Wormin’” is a touch more Jamaican as it were, then you imagine it cuts loose in stage. Plus, anything that namechecks both David Beckham and Stephen Hawking, is at least interesting, right?

I have always had a liking for a band that sings in their native accent, and Dirty Vertebrae do that, getting bonus points in the process for sounding northern, while their appearances at festivals as diverse as Bearded Theory, Beautiful Days and the one that MV faves Ferocious Dog do every year is testament, perhaps to their hybrid nature.

Like FD they are a mix, a mongrel if you like, but these three tracks alone mark them out as ones to keep an eye on.