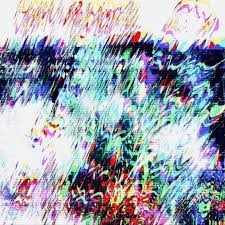 Dirty Vertebrae are the band you can’t quite compartmentalise. They encompass genres of music such as rock, rap, ska, grunge, and funk. This quintet are dual fronted by Ash P and Nicole and backed up by Scott on drums, Chris on guitar and Gaz on bass. The band have a five track EP which they intend to release single by single or track by track every fortnight, commencing with the first on Friday 14th January and with the full EP being available on Friday 11th March.

This extended play opens with `Return To the Mic` which begins quietly with a chugging guitar riff and drum beat before the song bursts into life with both vocalists almost egging each on over a blistering cacophony of noise. As the number progresses we have a dub like echoey guitar riff, pounding drums and some thumping bass. It`s a cracker and a track that I must admit I had on repeat a number of times.  We have a composition written about exploring nature and the beauty of the world around us with ‘Naturally’ and it`s a really captivating listen. At times it`s a little laid back with intricate guitar chords as Ash P rapidly shares his lyrics then there`s a more belligerent, in your face sentiment as Nicole delivers her lines. The two styles meld so well as you are there expectantly waiting as to which direction the band are taking us next.

The group have shared that ‘Mumble Rappers’ is a bonus track, poking fun at mainstream rappers who achieve success without tangible substance, or effort. It opens with a trumpet blast which does continue throughout before the lyrics are rapped alongside. It drifted off slightly at the halfway mark but returned to its former structure pretty quickly. I have to say to me this song had me in mind of some of the jazz / rap crossover numbers that are so enjoyable. We have in ‘Mr Meaner’ a number that explores the darkness within us all, indeed an insight into the mind of a killer. It`s a pretty fast paced kind of ska flavoured track. I`m sure The Specials or The Selector would love to have a composition like this in their live set. A real dance floor filler.

‘Medallion’ according to the band plays on musical terminology and the unparalleled joy of performance. I couldn`t find anything about medallion that related to a musical term but nevertheless this is a delightfully funky and at times ska like offering which had Nicole singing / rapping in what sounded like Italian and Ash P in plain old English. We have a brief blistering grungy guitar solo a couple of times throughout this enthralling piece.

I have to say I really loved the tracks on this EP and can imagine that the band would go down a storm at a festival. They reminded me of so many bands and then at the same time sound like nobody else at all, work that one out!!