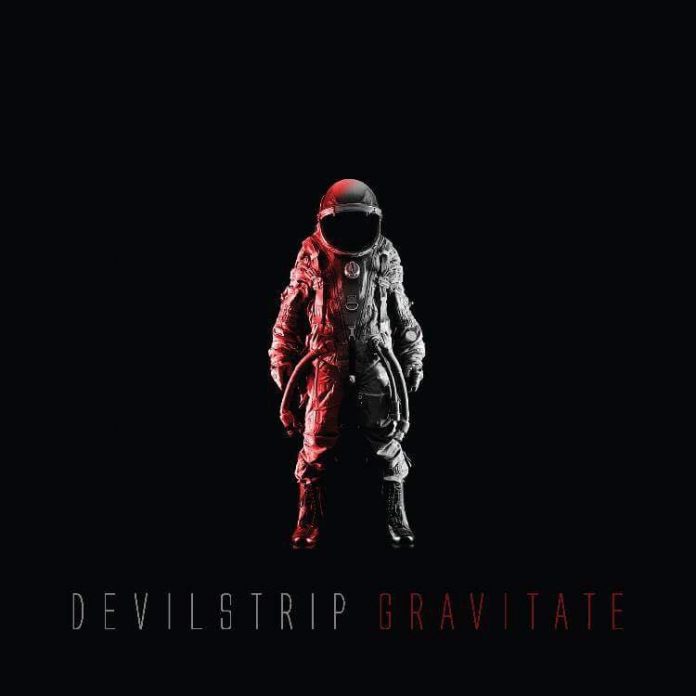 It’s got a bt darker on album number two

Let us clear it up once and for all, shall we? Devilstrip are from Akron, Ohio, where their name means the grassy area between the sidewalk and the street.

Sorted. That’ll stop them being asked the damn question a million times by sad people (like me who asked them once.)

But then, given how good “Gravitate” is, they’d best get used to it.

First, a (small) history lesson might be needed. The three piece released a debut record called “Rise” back in 2015, which rather proved the maxim of “be so good they can’t ignore you” to be true. Having songs on the New Rock Show on a Planet Rock is not something that happens unless you have a certain something, after all – and in a more self-congratulatory moment MV likes to think we might have helped a little too, given that we premiered one of their videos on these pages.

All of which – give or take – brings things up to date, and to album number two. And from the early stages it’s clear that “Gravitate” is most certainly not “Rise MKII”.

“Snakebite” opens things in eerie fashion, content to brood in the shadows menacingly rather than smash you over the head initially, soon remedies that with a crushing breakdown.

The sound of a band pushing themselves a little harder, or finding their feet perhaps, “Gravitate” also knows when to have a little fun. “Testify” opens with a homage to RATM, but with frontman Marc Wasmund in fine form with his lead guitar and vocals, it finds some downright sleazy avenues to walk down.

Maybe it’s just the times we live in, maybe it is their life experiences, but this is not an album that is shy when it comes to tackling issues. The title track, with its interesting rhythms deals with someone who “craves the needle”. The slow building, “Skin”, which follows, seems loaded with regret, not to mention an arena filling hook that should prove to the likes of Shinedown that US hard rock does not need to be dull and generic.

Whilst its not as if they’ve ripped up their personal rulebook and gone back to the drawing board – “Gravitate” is still a hard rock record by a damn good hard rock band – the “new” Devilstrip, if you will, is perhaps best exemplified by the superb “Came To Fight” a tale of a soldier off to war, it shows a different side to their songwriting perfectly.

There is an air of scores being settled here, “Bitter” is quite clear on the fact that you “can just fuck off” – fittingly given the subject matter, the song is pretty damn heavy, with touches of Bullet For My Valentine about the delivery.

After this, as if to balance it out a little, there is “Catch My Breath” which is much gentler – but as it says itself “its not the same old love song that you’re used to” and changes pace admirably just when you aren’t expecting it.

Doing the unexpected seems to have been the mantra here, as there is a real feeling that “Rider” could whip up a real storm, and the sense of eerie purpose that began the record is also there at the end, as “Water” in many ways brings us back full circle, as well as having a similar vibe to “Slang” era Def Leppard (this is meant as a compliment, by the way).

Credit to Devilstrip for not resting on their laurels and testing themselves in a way that many bands might not on a second album. On “Gravitate” it seems the only way is up.

Previous article
BAND OF THE DAY: VOLSTER
Next article
Unconditionally Yours