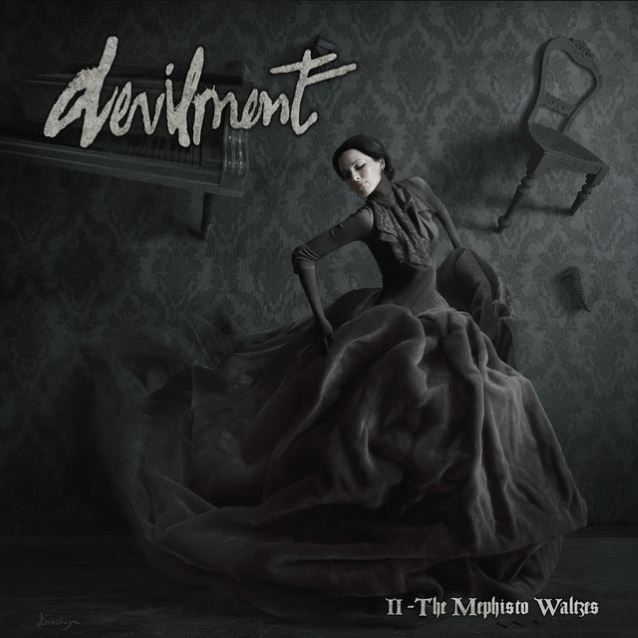 The devil(ment) is in the detail as Dani Filth & Co find themselves in the groove on album number two.

Two years on from the brilliant “The Great and Secret Show” the Suffolk goth rock uberlords are back to thrill and terrify in equal measure as they take the floor to lead the Mephisto Waltzes.

Those not up on their literary tradition may not know that Mephisto comes from the word Mephistopheles, who is one of the main demons in Germanic folklore. The name Mephistopheles is most famously associated with the historical Johann Georg Faust and in the legend, Faust wagers his soul with Mephistopheles with predictable adverse consequences.

Lovers of Classical Music will also be familiar the Mephisto Waltzes of Franz Liszt. However, it is the darker side of music that Dani Filth and friends are infamous for and on this album they have added some considerable chutzpah to their repertoire.

Mainmain Dani Filth has recently advised that “the album is definitely a step up from our debut, featuring a more mature, dissonant presence coupled with a darker edge, yet at the same time utilizing our better musical assets to deliver a unique metal hybrid.”.

Fans of Dani’s main band Cradle Of Filth should find much to enjoy in this album as there are certain traits the two bands share, aside from the more obvious stylistic similarities, as regular producer/mixer Scott Atkins takes all the production duties onboard with his finely tuned darkened ear.

“Judas Stein” is the first example of Devilment’s second coming and it’s an impressive statement of intent. There is at times a more playful and free spirit approach to this album compared to its predecessor.  Never is this more evident than on the sublime and ridiculous “Hitchcock Blonde”.

The album has an anthemic feel and quality to it that is borne out in tracks like “Hell At My Back” and “Shine On Sophie Moon”. Whilst “Under The Thunder” provides jagged riffs and a pulsating rhythm that matches power with a laconic intensity and blood splattered lyrical interplay.

Props must also go to supporting vocalist Lauren Francis as her beautifully haunting voice compliments and enhances the band’s sound especially on the chilling “Full Dark, No Stars” and the downright creepy “Dea Della Morte”.

Amongst the bluster and dark ceremony of the album there are also genuine moments of restrained beauty and delicateness that is rare in this genre. Overall, if you need some chills and thrills in your music then listen no further than Devilment.  It’s what you expected and more.

The Devil(ment) it appears……… has all the best tunes.

“II: The Mephisto Waltzes”is out on November 18 via Nuclear Blast Entertainment.