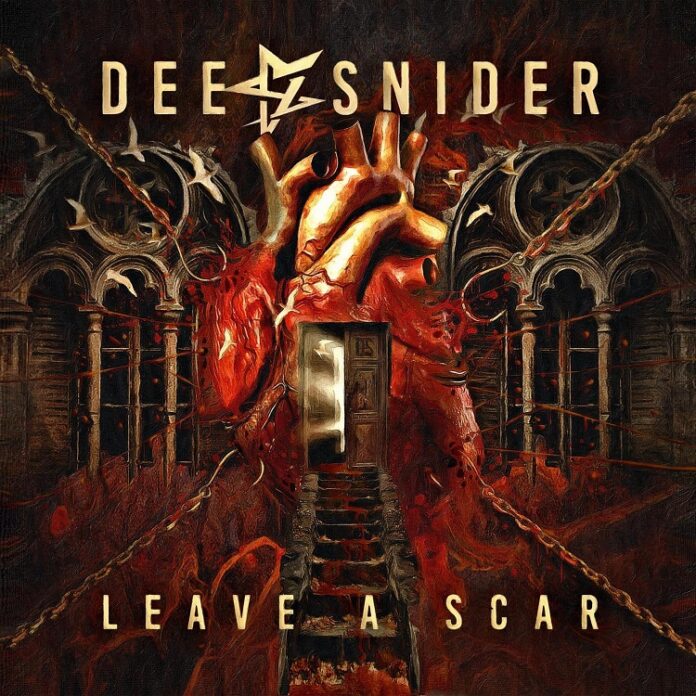 It’s not something that I choose

Just what I gotta do

While my mind is still screaming

Be a lifer ‘til I’m done

Gonna ride it ‘til I’m gone

For as long as I’m breathin’

Are pretty much everything you need to know about “Leave A Scar”, but there’s a back story.

Back in 2018, Dee Snider released “For The Love Of Metal” which he worked on with Jamey Jasta of Hatebreed and a load more, and first off, it was one of the great metal albums of the modern age, and it – dare I say it- seemed to reinvigorate the man himself.

The following summer he gave what I would consider the finest performance I have ever seen at a festival – his Bloodstock set is immortalised on the live album that emerged last summer.

Now he’s back and so, read those words again. You think he’s playing around?

“Leave A Scar” comes from broadly the same place as “….Metal”, that is to say it is proud, unashamed and very, very good indeed. No actually, scratch that. The thing is brilliant.

“I Gotta Rock (Again)” is pretty much everything you want it to be. It is – as Beavis and Butthead might have said – the sort of thing that makes you want to break stuff. Put it this way, there’s a bit where he thunders “lets fucking go” and as far as I can tell, its not a suggestion. You’re with us, or against us and “All Or Nothing More” rather makes that clear.

Perhaps slightly more modern in its outlook than the last one. The gang vocals are superb, and if “Down But Never Out” doesn’t sound amazing live in some field with 15,000 fists in the air then frankly, the world is in an even worse shape than we think.

Perhaps the best thing about DS is that the bombast is natural. “Before I Go” is astonishingly good, and in other hands would be a full on pomp rocker. Here, though, there’s always the suspicion that it would relish kicking the crap out of you.

“Open Season” is perhaps the best, because as it points out: “you’ve given me a reason to tell it like it is”. The lesson is clear. You’ve lit the blue touchpaper and what happens next is your fault.

There’s just a bit of Eddie Van Halen in the riffing of “Silent Battles” and “Crying For Your Life” is an arena rocker for the ages. Building from its balladry to something entirely different. Thing is, it explodes. It doesn’t just slowly arrive. It goes off like a lightning flash.

Just for grins it seems, “In For The Kill” shows all those kids in the skinny jeans how to do modern heavy music, while “Time To Choose” comes from a kind of Testament place – musically at least – and Corpsegrinder from Cannibal Corpse does his thing to add another dimension.

“S.H.E” is proudly 80s influenced and a moment of tenderness. Don’t worry though, this isn’t “Every Rose (Has It’s Thorn)” and there isn’t an acoustic in sight, and almost as if to underline the heaviness and do it one more time with feeling, “The Reckoning” is an almost thrash metal stretch designed, surely, for the moshpit.

“Stand” – the closing track- broods with a real menace and when he utters the line: “don’t leave a mark, leave a scar” its hard not to think Snider has been doing that for 40 odd years.

Psychology be damned though, because this is a truly magnificent album, The guitars chug, the solos shred, and overseeing it all is the man himself. Along with Alice Cooper, and Keith Richards. Dee Snider might well be the last true rock star. Moreover, there’s 12 brilliant songs here and “Leave A Scar” is the slashing proof that he might also be the King Of Classic Metal.