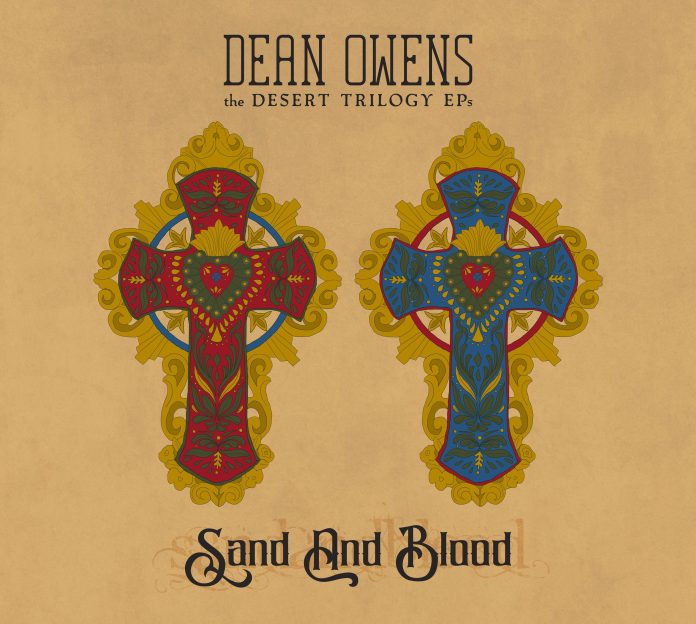 With the release of his “The Desert Heart” EP back in early spring, Dean Owens not only underlined his status as one of the most innovative singer/songwriters on these shores, but the ambition of what he does too.

Long story short, he’s got an album coming out in the Autumn that he’s made with members of Calexico, and in the build up, there’s three singles, choc full of album tracks, session songs and alternate versions.

That alone is enough to get people of a certain vintage excited. The joy of the CD single is tough to explain if you don’t remember, but man, great bands used to put about three of these things out before albums would appear and how we’d pour over the new ones we’d buy in our mid-90s lunchtimes.

Dean Owens seems to be roughly my age and I like to think that is part of the reason for these too. That he had a place like Easy Listening in Shirley or Goodfellas in Kings Heath, where they knew him and picked out stuff for him.

If those places were still there now, you can bet your last pound that I’d go in and they’d say: “Check this out, And. If you like it, bring us the money next time you’re in.” I would have. Because you can’t fail to like this, frankly.

The opener “Land Of The Hummingbird”, brings the Latin, desert influences to the fore (as to be fair, you’d expect given that Messrs Joey Burns and John Convertino are involved) and at times it’s so laid back and full of warm breeze that it could almost be a Santana song. It is though, Gaby Moreno and her incredible vocals that really steal the show here, with all due respect.

“Dolina” is another from the same vein, perhaps a touch heavier with a more strident guitar line. It is from a lyrics in this one that the EP takes its name. There’s clearly a real chemistry between the men and it makes for a fabulous sound.

Convertino is at the fore with his drumming on the stunning and mournful “Ashes And Dust”, perhaps the real highlight here, the way the lyrics manage to sound so personal and at the same so universal, is a thing of beauty, before it concludes: “we all come to an end in the furnace, the best and the worst.”

Dean Owens is a rare and fabulous talent, and this project for so many reasons, deserves your support and attention.