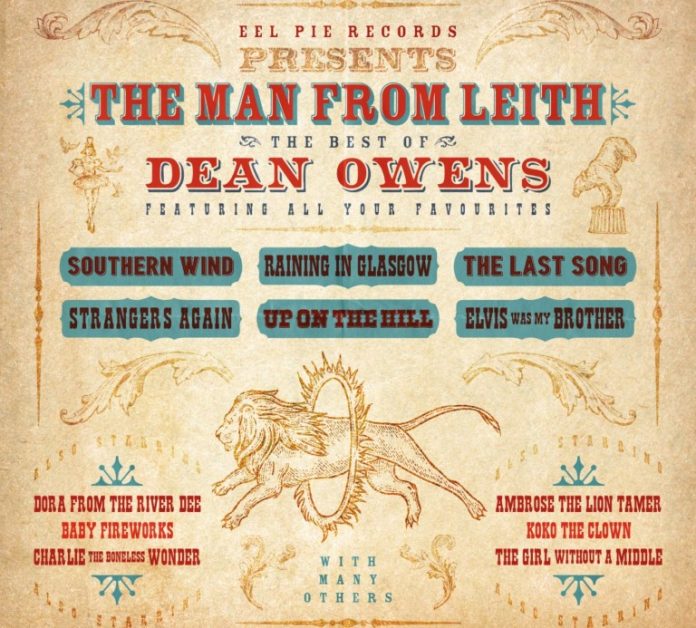 Ask me about Leith or Edinburgh and generally the first two things that come to mind are the Rebus books. I read all these things, and the city became intertwined in my mind with them. Second, though, is a family holiday that we spent there in the early 90s.

My parents loved Scotland, we went there quite a few times, but on one occasion we did a bit of a tour, starting in the South West, moving to the Highlands and its rugged beauty, before ending in the capital.

A beautiful city, me and my younger brother bought touristy things to show our grandparents and put in the scrapbook we always made, our late mother was convinced she’d seen Stephen Hendry, the snooker player, and my dad got in a row with a steward at the castle, I can’t remember what about, but I do remember dad saying something that I’d never heard him say before: “never trust a stupid man in a uniform, And. Never.” He’s said it about million times since, bless him, and it is probably where I get my disrespect for such things from.

The reason for this reminiscing? Well Dean Owens, actually.

It’s like Irvine Welsh says in his brilliant sleeve notes for “The Man From Leith”. “Dean Owens’ music feels like a tribute to the songs inside us, the tales of our lives, reaching in us to find our common humanity”. And listening to the 17 tracks that make up this astonishing career (so far) retrospective, then my mind wandered back to those days, the four of us, and I make no apologies for it, either.

Owens, I am sure, wouldn’t want me too, because he deals with such minutiae too, not least on the opening, title track, a beautiful tribute to his own father, and when it got to the line about “the blood of the father flows through the veins” all I could recall was all the rows I’ve had with stewards at football, at gigs, everywhere, before smiling, wryly.

The best singer songwriters (and on his notes for this Owens calls himself that rather than a musician) the Springsteen’s the Dylan’s, the Jason Isbell’s, the Stephen Fearing’s of the world, make us think about our own lives in their words. And time and time again that’s what these wonderful things do. “My Town”, somehow made more evocative with the violin work, or “Up The Hill” which sounds appropriately widescreen and hewn from the landscape, are exactly why Owens became the first Scot to play Nashville’s Americanafest in 2017.

Accolades come his way – not just Welsh, but Bob Harris is amongst his fans – and he’s won song of the year at the AMA awards in 2019, but somehow you imagine these aren’t as important as the quality of the work.

He records mostly in America – the superb Will Kimbrough co-writes a couple of these – and “New Mexico” is as dry as the dusty desert, while “Virginia Street” sounds oddly Scottish, Del Amitri, Roddy Frame, pick who you like.

One of the highlights, perhaps is “Elvis Was My Brother”, a stunning thing about losing yourself and finding yourself in music. Another of the best is “Evergreen” from the title track of his 2015 record, written in the wake of the tragic death of his sister from cancer, and if “family” is a concept never too far away, then “Dora” the story of his circus performer grandmother underlines its importance.

Arguably the best of them all, though, is “Southern Wind”, one of the ones written with Kimbrough, the way that builds and almost – for want of a better word – explodes is quite magnificent, and the harmony vocals are important here, too.

Often – again like the best – he finds an angle that no one else would. “The Night Johnny Cash Played San Quentin” is one example. From his album in tribute to Cash, this was the only self-penned one. From the perspective of an inmate watching the gig, and just for a little while being free.

“Whisky Hearts”, with its harmonica intro, is easily seen as a kind of Celtic Bob Dylan, while the darkness, the melancholy, the longing on “Raining In Glasgow” is still somehow beautiful. It is juxtaposed by the overt country of “The Last Song” and the very last one on this, “Lost Time”, just Dean and his guitar, it is fragile and glorious.

In what he writes on the sleeve Owens says he feels like he shouldn’t be doing a “Best Of” as he’s “just getting started” – that’s,  with respect, to miss the point, given that if this 70 odd minutes reaches someone, anyone new, then it’s worth it, given that he deserves to be seen as up there in the very top of the tree.

Elsewhere he says that he uses musicians as “the talented people to make my songs sound like I hear them in my head”, and certainly the music augments them, but the real genius lies in the vocals and the words. And they are all from a Man From Leith.