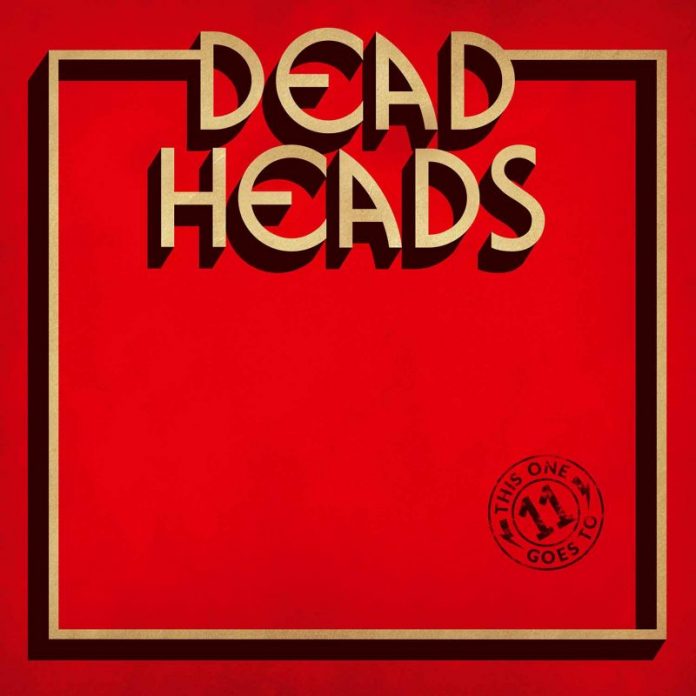 Billing yourselves as “action rock”, naming yourselves after the army of Grateful Dead fans and giving your third record a name in homage to Spinal Tap, means that “This One Goes Up To 11” is only ever going to sound one way.

“Don’t Mind The Ghost” is typical of what is here. Having the garage rock feel of an early Hellacopters record and the fun and ebullience of so many other bands from Sweden, it hurtles by.

The thing is, though that such music will only take you so far, what Nicke Andersson realised, and what Deadheads also have in their locker is a superb gift for melody, meaning that work like “Somebody Along The Way” reveals other strings to the bow.

“Manic Monday’s” (not a Bangles cover which is almost a shame) is the pinnacle of this section of the record. It’s superb piano and saxophone is almost like Michael Monroe on supercharge. The sound of hair being let down, or the best party in town. Your choice. Either way, you won’t resist it.

We say “this section” of the record, because what happens next signals something of a change. “Too Lost To Be Found” is more mid paced, coming at ya from the late 1960s almost, and whilst “The Plan” is back to the more usual stuff, there is more of the fuzzy punk of The Stooges, say, than many here.

“Instant Control” does something slightly more primal too, as returning bass player Olle Griphammar is to the fore, while “2 Steps Before The Fall” comes in with more than a dollop of US proto punks The Sonics glorious revelry.

Elsewhere, appropriately for a song called “Lucifer” there is a devil may care attitude abounding, and it ends in a real maelstrom of chaos, just because it can. The hook drenched “My Time” is, musically at least, the soundtrack to the game show they play in the fiery depths, and the record closes with its eleventh song (see what they did there?) “Status Low” – which as well as being the only one here over four minutes long is also a quick reprise of what has gone before and really does sound like the most fun anyone can have while going about its business.

Deadheads themselves have said that what with the line up changes and other issues, album number three was a difficult one to write. It is to their absolute credit, then, that it sounds like such effortless fun. “This One Goes Up To 11” is the loud snotty, superb, unashamed, unapologetic sound of a good time.