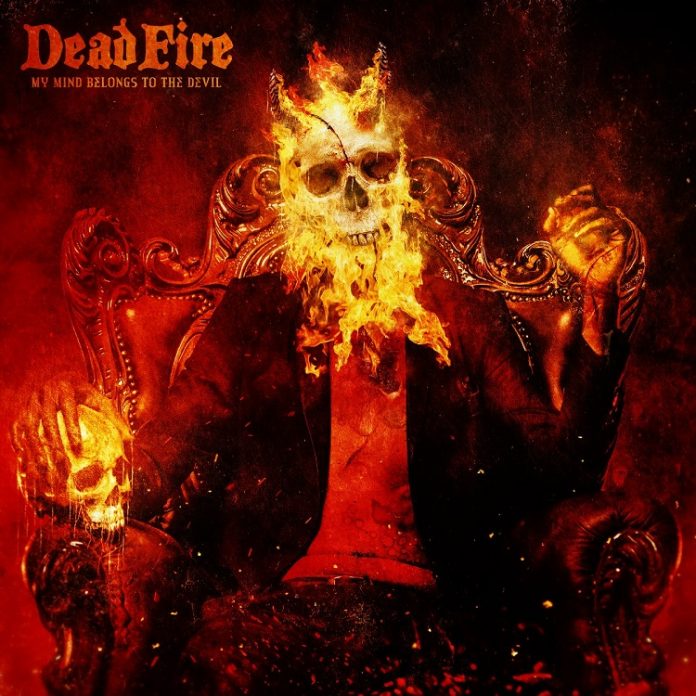 I went to watch Stereophonics this past weekend. Without rehashing my review of that gig last Saturday, a thought struck me during it – which conversely led me to enjoy it a lot more than I thought I might have.

What can’t you love about that?

I get the same feeling from Deadfire. The Aberdeen four piece are doing this because they love it. Simple as that, and if it takes them places, then fair do’s.

They’ve toured Europe already, and the list of bands they’ve opened for includes Phil Campbell, Sham 69 and Hawkwind. Having listened to the three songs here, you can see why.

It starts off like some Sabbath infused doom thing. And the first line that vocalist Charlie utters is: “oh lord, have mercy on my soul” but then it deftly swerves the gates of hell and turns into something more akin to the filthy grooves of Groop Dogdrill back in the 90s.

To be blunt, this EP isn’t going to win awards for originality, but that would miss the point anyway. “Mary Jane” does the stoner thing neatly, by turning itself into a more hard rock version of Orange Goblin, and I assume the song is about what I think it is too.

“Call From The Void” is another that builds itself around some riffing from Jonny (surnames not needed here) but hints at some other stuff too, given that there’s a pretty apocalyptic spoken word bit by way of a breakdown.

The band have been together in one form or another since 2013, this version, however with a settled line up, just a couple of years.  And there’s enough here to suggest that now they have found their feet, they could be ones to watch.