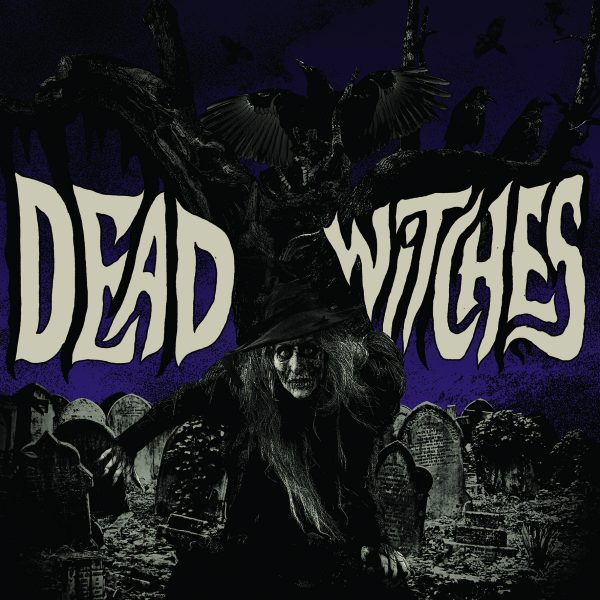 Satan is coming. This is his walk on music

There is also a third type. An album that – to shamelessly paraphrase the Sex Pistols – knows what it wants and knows how to get it. This debut from Dead Witches is one of the latter, and just like the Sex Pistols might also have said “Ouija” wants to destroy.

One look at the cover above tells you all need to know about the occult psych metal that is contained within these six fabulous cuts. A little bit of digging reveals the pretty key information that DW are something of a supergroup, formed by Mark Greening (former Electric Wizard, also of Ramesses, With The Dead) and vocalist Virginia Monti (Psychedelic Witchcraft) they are very much the sum of their parts.

There’s an intro, designed no doubt to ramp up the sense of tension and foreboding, and if calling the first track proper “Dead” doesn’t make it clear, then filling it with a mighty groove, a wonderful, fuzzy lead guitar solo and superbly distorted vocals from Monti probably will. This is a classy – if scary – little cracker.

“Drawing” continues this idea. All kinds of smoke-filled alchemy abounds and it comes with a huge outro of a riff, while the title track positively bristles with evil. “No God in Heaven, no God below” offers Monti, doing so in such a manner that suggests the creatures of hell up close and personal, while “Mind Funeral” – all crushing riffery and monolithic groove – would probably be absolutely perfect for – as it says – “waking the dead.”

If “Dead” got the job sorted at the start, then likewise “A World Of Darkness” fulfils the task marvellously at the end, beginning with a drum solo and getting bigger from there, it is all the proof you need to suggest that Dead Witches are the best kind of magic there is.

One of 2017’s least surprising releases, perhaps, but then the personnel here were ever going to release a good time record were they? It is nevertheless, perhaps something of a shock to realise just what an accomplished debut foray “Ouija” really is.