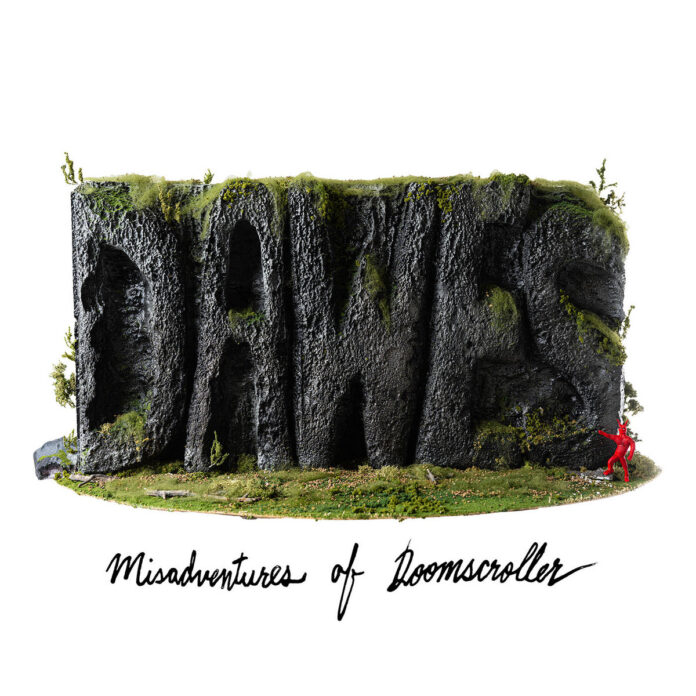 Dawes is an American folk rock band from Los Angeles, California, composed of brothers Taylor (guitars and vocals) and Griffin Goldsmith (drums), along with Wylie Gelber (bass) and Lee Pardini (keyboards). `Misadventures of Doomscroller` is their eighth studio album and represents a new turn for the band, revealing a more ambitious, exploratory approach towards recording than ever before. The band`s previous methodology has been quite minimalist but this time they became more maximalist and have said that they were “letting the songs breathe and stretch and live however they want to”.

`Someone Else’s Café / Doomscroller Tries to Relax` introduces us to the album and is a mixture of jazz, funk, and pop. We enjoy gently shared breathy vocals with keys, a leading bass line that takes you on an interesting journey for just under ten minutes. There are some synth / piano key, guitar and drum solos on route and the number even slows in the later part with an almost reflective interlude than continues to the end. Lyrically it seemed to be a metaphor that hinted at although somebody seemed to think they were superior to everyone else, they really weren`t. There are some intricate guitar chord riffs and an accompanying drum beat that lead us into `Comes in Waves` which is at times quite dreamy and had a melodic groove. The lyrics seem to hint at something spiritual or sacred but could be interpreted in a number of ways.

`Everything Is Permanent` is fairly introspective and a pretty Summery upbeat pop rock composition but heads off in a jazz fusion kind of jam on route before resuming its previous musical path. We have a mix match of everything on `Ghost in the Machine` which is at times both rocky, jazzy, and funky with the quartet really encouraging each other musically to deliver a quite spellbinding soundscape.

`Joke in There Somewhere` rolls along quite amiably as the lyrics quite vividly describe an almost “Day in the life of “  scenario. Fairly simple but nonetheless effective. We have a brief atmospheric instrumental submission in `Joke in There Somewhere (Outro)` which may well be the punctuation mark to the last piece.

This release closes out with `Sound That No One Made/Doomscroller Sunrise` which is a relatively entrancing listen that runs at just under ten minutes in length but doesn`t feel overly long and rounds of the album quite nicely.

`Misadventures of Doomscroller` is a little different and very much ploughs it`s own field. A quite absorbing listen that`s hard to put into any kind of genre but to me had elements of bands like Weather Report, Steely Dan and Return To Forever.

I suggest you give it a blast and decide for yourself.