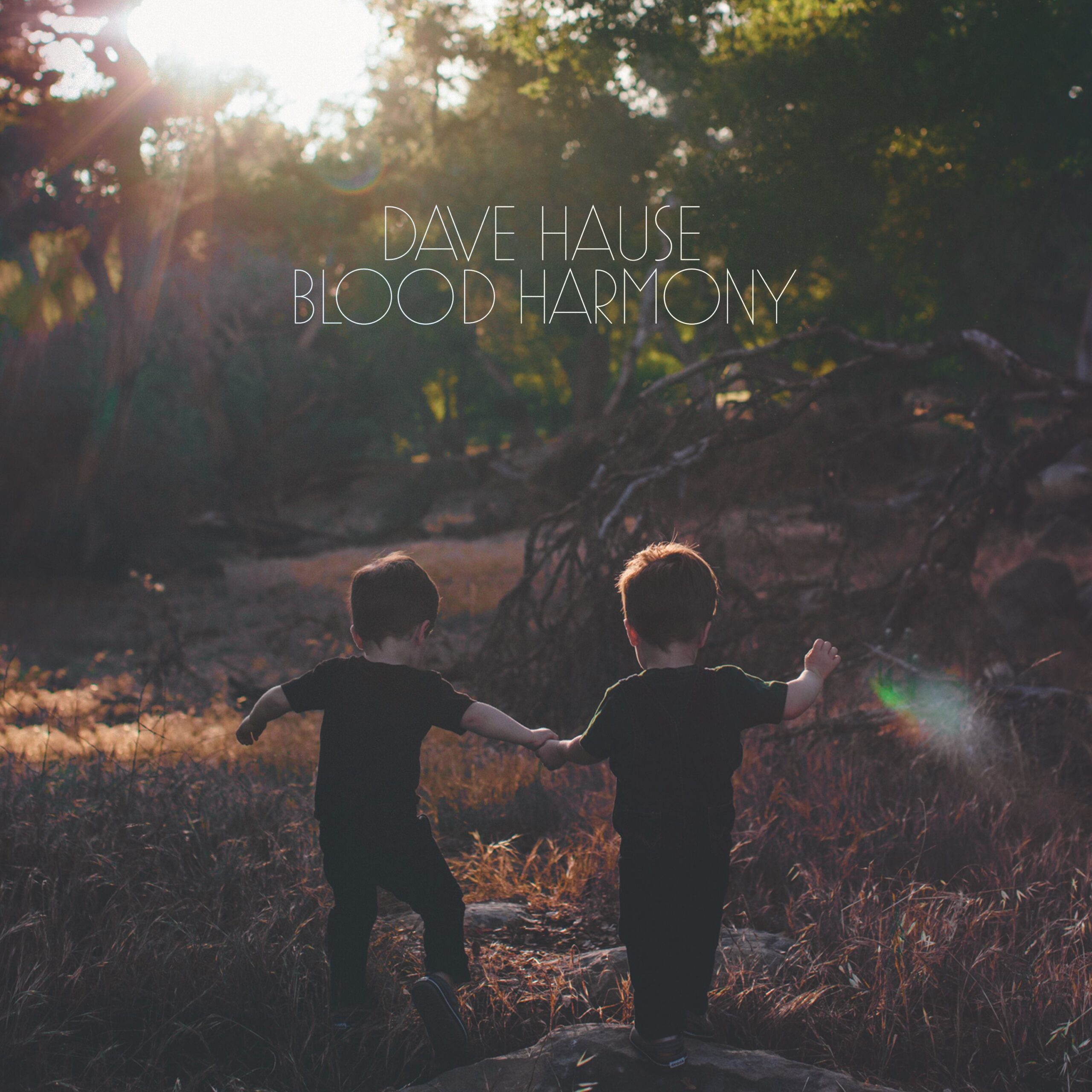 Dave Hause scarcely needs to get more bonus points on this site. His album “Kick” was one of the finest pieces of music of 2019, after all, and his live performance with Brian Fallon the year before was almost as special.

That all being said, this: “We had ‘Hey Jealousy’ on repeat” isn’t a bad way to remind everyone of your skills. That’s more than a homage to Gin Blossoms classic, mind you (and for once that word isn’t hyperbole). That’s a line on the brilliant “Sandy Sheets” and its something like the mindset of “Blood Harmony” too.

This is a record that looks back, in the main, to different times, and to family. Family has always (literally) been important to Dave Hause’s music. Writing with his brother, Tim, who plays with him too.

And more than once, those worlds collide. “Northstar” – the gloriously understated opener here – sees him muse on fatherhood (there’s more on that later) and its summed up with the lovely words: “I am an old ocean liner, it takes everything to make a simple turn, or an old timer, you taught me I had so much to learn”.

The acoustic “Hanalei” has an echo of “Nothing Ever Happens” in the way it builds from that acoustic base, while the more pulsing electric lead of “Plagiarist” is the first time really that you are obligated (as per all lazy reviews) to mention Brian Fallon. The two are friends and share a musical vision (one which, in truth, Hause is doing better at the moment).

The brothers are capable of some brilliantly off-kilter looks at things too. “Gary” recollects a kid that Hause bullied at school, with a genuine regret and warmth. “I hope you don’t hurt anymore/I’m hoping you kept your heart open/Like a Christmas Eve soup kitchen door” is the type of line that not many would do, in a brave song that not many would admit, either.

There are some truly incredible lyrics here. Not least on the knockabout country of “Surfboard” which takes people to task who pray for nothing: “If you strike down my landlord/I’ll be there every week and not just Christmas Day/Kneeling down to pray…” and that’s just another example of what he – and this record – do best.

The cast he has assembled is from the top draw. MV fave Will Hoge (and Will, if you’re reading this, your song “Pocketful of Change” is one of the finest things in the world) Brandi Carlile’s drummer Chris Powell, Bruce Springsteen and The E Street band bassist Garry Tallent, acclaimed session guitarist Tom Bukovac, Jason Isbell’s guitarist Sadler Vaden, and keyboardists Billy Justineau, who’s mainly worked with country superstars Eric Church and Brothers Osborne, Mike Webb, whose credits range from Chris Stapleton to John Prine, and Jen Gunderman, Sheryl Crow’s keyboard player all strut their stuff across these 29 minutes.

That’s what enables the “Americana” – and I use that as a catch-all term- of “Leave It In The Dream” – to mix with the more expansive and somehow darker “Snowglobe”, perhaps about the pandemic, perhaps not. Whatever, it’s a turn and its an unsettling one.

At his heart, though, he’s always been “just” a rock n roller. Like all of us, and the power chords of “Carry The Lantern” are as timeless and classic as you like, while the last one “Little Wings”, in many way’s is a continuation of the first. An open letter to Hause’s children, but more than that, a reminder to all of us.

The first line: “here’s what I am not going to teach you: that you should be afraid to try” is a jolt for all of us, to not settle, maybe, but more it encapsulates how a record that is less than half an hour long, can do so much and cover so much ground.