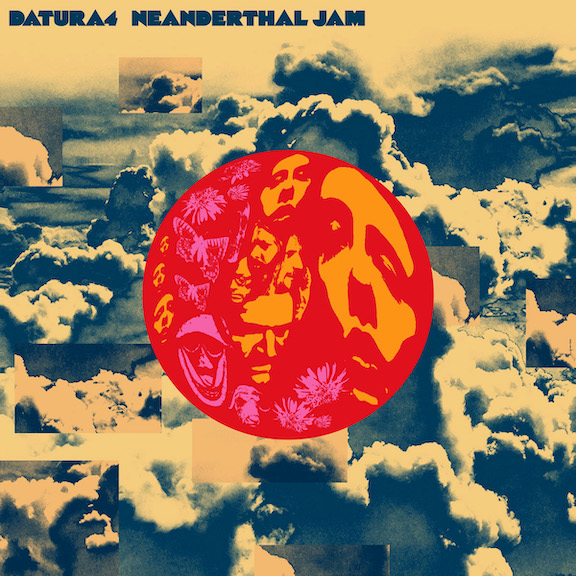 Say what you like about Datura4, but you have to give them credit for making it easy for reviewers. I’ve reviewed three of their albums in the past. They have a knack for encapsulating their sound in the titles.

Anyone who is so inclined can read those and know. Know instantly what they are getting. They are the sort of band who haven’t got a Tik Tok account, that’s for damn sure.

Right in the middle, there’s a cut (and I am wagering here that Datura4 are the type of band that call them “cuts”) called “Black Speakers”. “Black Speakers, stand so tall, move my body, and touch my soul.”

That surely sums up the bands career? This is not a band for whom anything matters but the music. Who make the music they love, and who are supremely gifted at doing just that,

“Going Back To Hoonsville” offers itself up as a sacrifice on an altar of fuzzy rock n roll. It’s a simple road song, but there’s a reason why music is obsessed with “the road”. Every horizon is freedom. Every turn is opportunity. When we lose that we lose the point of music (or this type of music anyway).

And it feels that vibe is all over the record. “Secret Society” almost feels like it’s for the band its followers (I stopped short of calling them disciples) because they should be the biggest thing in rock n roll. They aren’t. They are stuck over in Western Australia but its kinda cool, right? Like they belong to we select few?

“Open The Line” ramps up the 60s feel. And in many ways is typical, because it sees Bob Patient take centre stage. Without his keys it would be a very different record. The boogie is all very well, the solos of Dom Mariani and Joe Grech are dandy, but it needs that organ to bind it together.

Honestly, when this band lock into a groove, they have few equals. “Bad Times” has slide guitar that Keith Richards himself would kill for and the title track is the sort of thing that those “desert rock” bands love to wig out to.

The point I am making here, and its one that you often have to think of when it comes to this group is that, yes, you’ve heard all this before on one hand, on the other you’ll not hear it quite like this. Even when the acoustics come out and things get a little swampy for “Hold My Life”, built around an harmonica riff, then it’s a new twist given that it sounds hypnotic, as it’s companion piece “Worried Man’s Boogie” changes tack on the same theme.

“Digging My Own Grave” adds a Sabbath like energy. It’s difficult not to imagine “Paranoid” playing in your head – at least until the Lizzy style guitar hits. This is the one, the one that would sound incredible live (and boys, you need to get to the UK!)

“Fish Fry” adds some quirkiness over a bit of a Kinks thing, and the glorious, trippy epic “Drive By Island” sounds too blissed out to give a shit that its 2022 – maybe that’s the trick we all need.

It’s too crass to call Datura4 “the best band you haven’t heard of” because its palpably not true. There’ll be people all over the world that love them just as much as I do, but what I think we can say without any fear is this: Datura4 have a body of work that stands almost without equal in the last seven years, and “Neanderthal Jam” is but another piece of brilliance to add to the list.