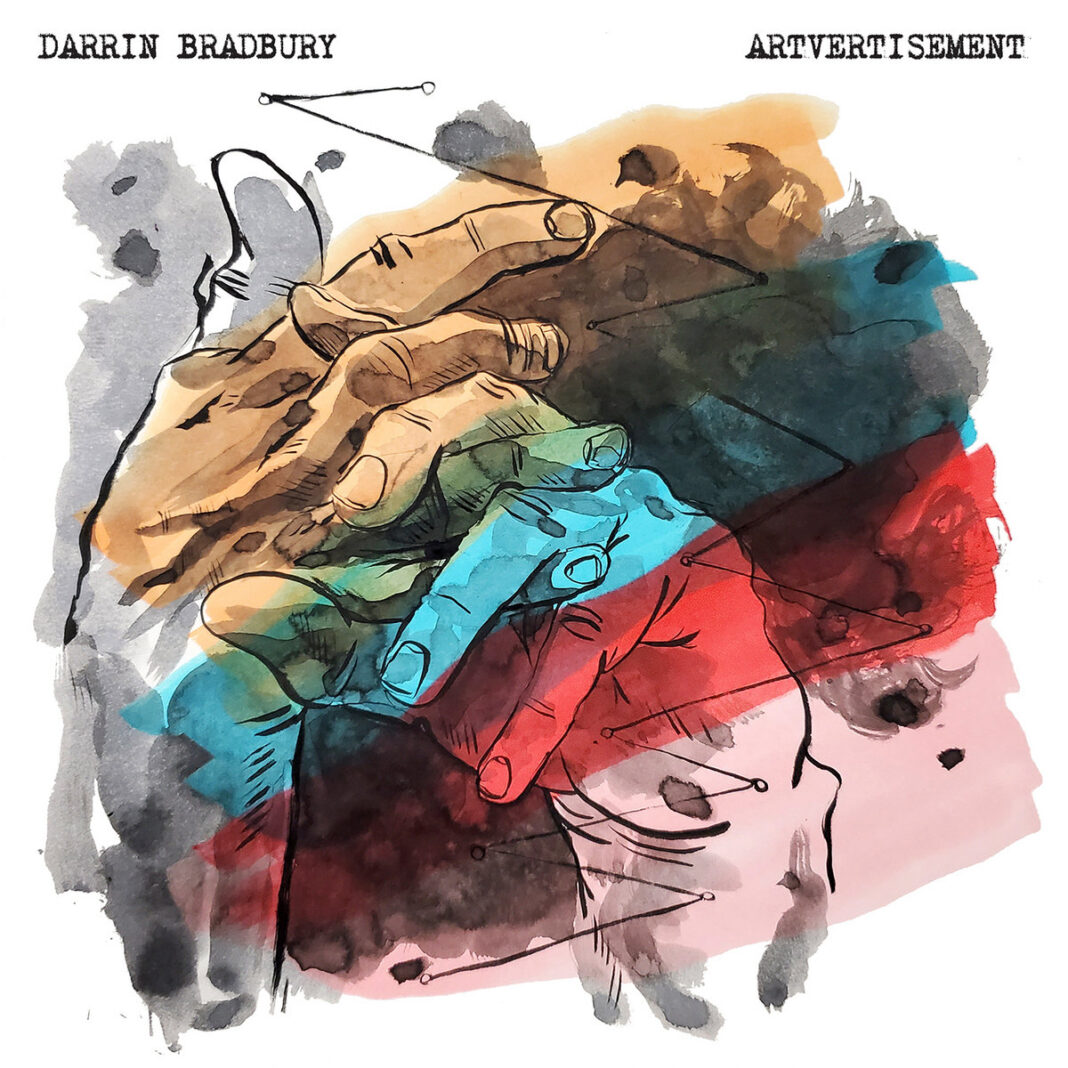 “Artvertisment” is one of those albums. I am about to spend the next 600 or so words explaining why it is so awesome and basically all it comes down to is this:

On the opening song “Field Notes From A College Town”, there’s a discussion about the narrator’s sisters friends boyfriend: “he plays in some band. You know they’re getting pretty big, they were top ten something on something or other.”

You either get this or you don’t. Simple as that. You either think that’s a fantastic comment on the ephemeral nature of social media and the modern world, or you have no idea what I – or Darrin – are talking about.

That’s cool too. Darrin Bradbury understands that you can’t make someone into a Darrin Bradbury fan. They are either going to be or they are not. A little like The Hold Steady (come on, listen to Darrin and listen to a Craig Finn tune. No one is hiding it.) you either think they are the voices of a generation, or….well, you’re wrong, frankly.

So “Artvertisment” takes up where “Talking Dogs And Atom Bombs” leaves off. So it bombs about doing the Replacements on the title track, doing Americana on “Xxytopleft”, which is cool and all, but it is the only song in recorded history that moves from being hit with a flying a car to claiming that the possum that his father found behind the garage was an alien and that his dad only thought that because “they” had got to him.

The true skill of this though is two fold. First, he makes these catchy, which is tough to fathom, but second (and this is most important) these are not quirky for the sake of it, like some sack of shit that only the artist themselves would enjoy. No, these are natural songs. It’s just that Bradbury doesn’t quite see the world in the same way you do.

Instead he imagines a world where Adolf Hitler, Elvis. Richard Pryor and Andy Kauffman are on the beach, and makes the damn thing sound like a Springsteen song (and “Down On Myrtle Beach” was a single too!), “The Wedding Song” sounds like a daytime TV show and still starts with the line “love is a lie you tell yourself to hide the feeling of dying alone” – maybe don’t write the Hallmark Greetings Cards, eh Darrin.

“Deanna Deanna” has more than the air of a Weezer song, “Shiny Town” would in other hands be a big old indie tune, it isn’t here. It’s difficult to know, too, where real life starts and imagination ends, so we’ll leave that there, the electro pulse of “Pizza And Drugs” could be either.

The thing about Darrin Bradbury is he could, if he’d so desired have been a conventional singer songwriter. Listen to “15 Shovels” and its all there, but its just not in him. This is his authentic self.

The drum machine/loop laden “Those Beautiful Days” is a departure even for this, and “Busted World” sounds as happy as “Walk Of Life” but here he throws his lover off a tilter whirl, and has “blood and piss on my jeans”, while “Mikey Shoulda Died” begins with a fragile set of acoustics and ends in a hail of a metal riffs. As a metaphor for a record that could go anywhere, you’ll not find better.

I remember reading an interview with the late, great James Broad wherein he said that he was asked to write songs for a pop star once, because he could do a chorus like you wouldn’t believe, but that he couldn’t, as he couldn’t get into the mindset. To me, Darrin Bradbury is the same. You can’t make him into a “singer/songwriter” because true genius is always a little outside the norm.