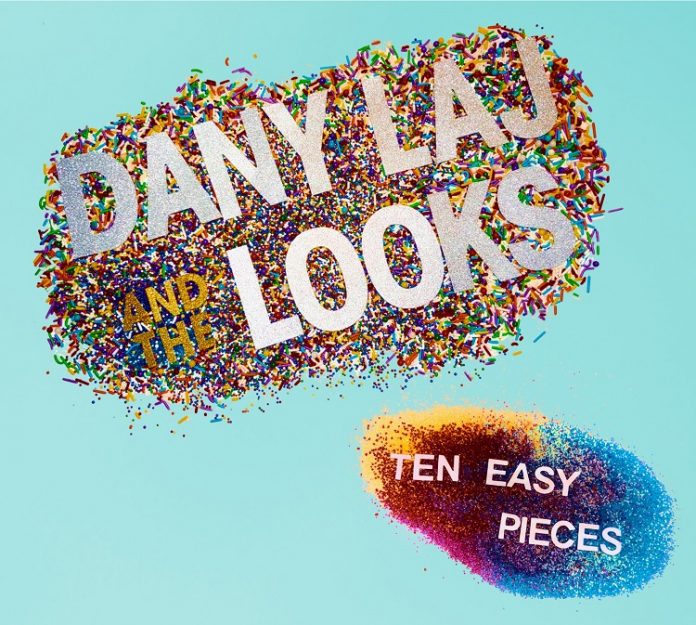 Skim reading. It’s a curse. It really is. And at my age, I should learn.

Dan Laj And The Looks released this record on just about my favourite record label in the world (Rum Bar for those that are unsure) a month or so ago, and thus were pretty much guaranteed a review (like “Written by Aaron Sorkin” is just about a certainty there will be brilliant TV, so is this) and I was….well….skim reading the stuff that got sent. And a name caught my eye. “[Laj] and Dowling”, it said “have infused their music with their special chemistry.”

Dowling. See , if you’re like me and you treat a band called Honeycrack (that I accept that I am the only one who remembers) with a reverence, you automatically assume its Willie Dowling, a genius of pop melody and quirky lyrics, who can basically make you feel like the sun is always shining and you are as high on life as a 3 year old on a two day Skittles binge.

Now, when it comes to “Ten Easy Pieces” I was half right. The Dowling was Jeanette, but the vibe is the same. This is glorious, frankly.

From the opening – the aptly named “Smile” – to listen to this is to be transported into a world that isn’t all bad. There’s a 60s vibe, there’s Beach Boys harmony, and in the case of “You And Me” if the Beatles “Get Back” had been drenched in harmonica, then you’re somewhere close.

Indeed, “Ten Easy Pieces” is so varied that you almost best to think of it as a compilation record. “Don’t Keep Me Guessing” is built around an acoustic strum that would make the La’s look on in envy, “Pick It Up” isn’t even bothering to hide its love for Elvis Costello (and by the way, if this isn’t swirling around your head in the middle of the night when you wake up then hats off).

The simple rock n roll of “I Play Guitar” is perhaps the true touchstone moment, though. “I play guitar, I am not that good” is a first line of epic proportions, and the duet with Dowling is perfection. “I kinda wish you were the next radio star” she offers, “instead of being the old guy that plays the guitar”, but the overriding sense here is that no one, really, truly wants it any other way.

There’s a DIY approach to the record “Painting My Face” being a case in point, that is sort of punk but not in sound, if you see the point, although it can move into punk rock when it wants to, as “Till Jockey’s Lament” underlines nicely, but largely this is content to go where it wants to, “One More Hole” is ostensibly different to anything else here, except scratch the surface and they are all bound together with a catchy hook.

More indie than you might expect too, “In Other Words” might appeal to Oasis fans (and I am one so its all good) and if you were looking for the one that best exemplified the vibe here, then I give you “Smoke In The Sun”, as blissful as can be, but arguably the heaviest here. The beauty is in the incongruence of it all.

Dowling’s bass on the post-punk thump of “Who’s Pickin’ On You” is glorious, and the sense of fun on “Wanted To Be Loved” as the trashy guitars thrash is palpable.

As I write this its glorious outside. The UK is having the hottest day of 2021 so far and there isn’t a cloud in the sky (we’ll probably have thunderstorm tonight and be waring pullovers and coats tomorrow), this is the type of thing that – rather like Silver Sun always did (RIP James Broad) – reminds you that life is alright, you know. It’s that easy. Piece out, or something.