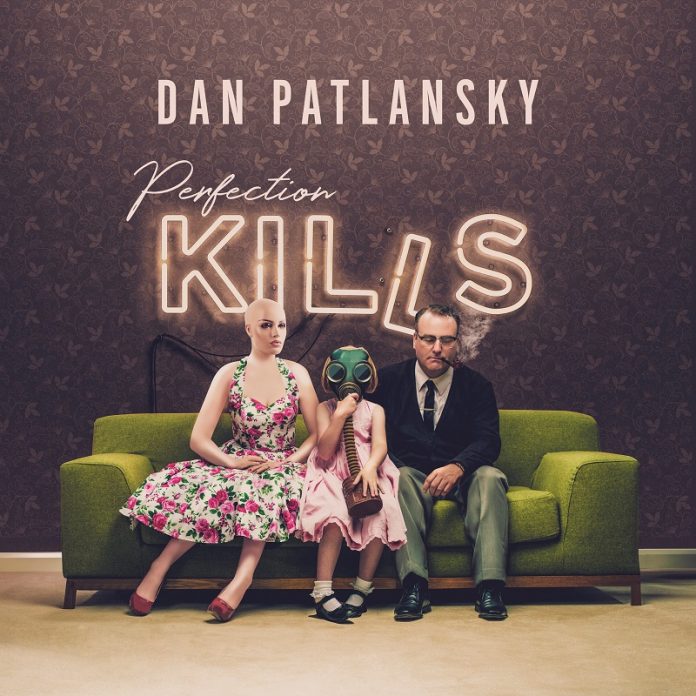 It’s a cynical world. Maybe that’s why when you read an artist saying in the build-up to a new record that “this is one I’ve wanted to make for a while”, you think: “yeah, alright mate, pull the other one.”

And yet, for Dan Patlansky – who said those very words in the build up to “Perfection Kills” it has more than a ring of truth.

First, there’s the point that there is always a high degree of honesty in his work anyway, and second, when it comes to “Perfection Kills” he has backed the words up with actions.

Not least in the fact that he’s produced album number nine himself, but also the vibe of the collection – both musically and lyrically – seems to offer more of Dan the person than other things he’s done.

The key to all this, actually, comes towards the end of what is a pretty short record – it’s 10 songs clock in at just over half an hour, as if to say there was no need to be verbose here. “Shake The Cage”, one of the more bluesy things on offer, says this: “it’s time, to take a few chances, see a change every now and then. Every seven years, take a look at your own life. Look around, don’t be afraid to shake the cage.”

With that as his mission statement, if you will, it’s easy to see why “….Kills” is a new beginning. If it is, then it is one with a slightly different sound too. Anyone who has heard his last two records, “Dear Silence Thieves” and the quite brilliant “Introvertigo” already knows that Patlansky is a wonderful guitarist. On this one, while that is still absolutely present, it seems that more than ever, the song is king.

The message seems to be: “you lot carry on debating whether I am a blues player or singer/songwriter, I will just get on with being the best I can be.” And it’s a message he follows through. “Johnny” comes out swinging, strident grooves and thumping hook, “Never Long Enough”, with its clever keyboards, has a real crossover potential and the gorgeous “Mayday” (essentially a variation on the theme that all you need is love) brings a blues meets soul brew of rare skill.

Whatever the theme, though, and whichever road it goes down, “Perfection Kills” is infused with an electricity. “Too Far Gone” is the antidote to the balladry, and the old school blues (there is no doubt about where this particular one’s heart belongs) of “Judge A Man” is an eloquent condemnation of anyone who dared tell Dan that being in a band wasn’t a “real” job.

“Junket Man”, one of the more personal ones here even on this record, is huge sounding, but is very much Patlansky on his own terms. “i-Eyes” deals with the obsession with technology, but does so with a funky spring in its step – and the line “don’t need your eyes when you’ve got your machines” is very much at odds with such an organic sounding album as this one.

Patlansky has always been capable of real tenderness, particularly when writing about his children, “My Dear Boy” is a fine example of this. But, if we’ve always known that, then he might have kept his sense of fun hidden before now. “Dog Day” changes that.  Ostensibly a discussion of “first world problems” it does it with its tongue in cheek and might (and we haven’t researched this extensively..) be the only song in history to contain the line “running late and I’ve stood in poo”.

The freedom you give yourself when you shake the cage allows these things to happen. But they can only be pulled off as well as this when you’ve got the confidence and talent that Dan Patlansky has (together it must be said, with a fine band). “Perfection Kills” is the sound of no one answering to anyone but themselves and Patlansky has arguably never sounded better.