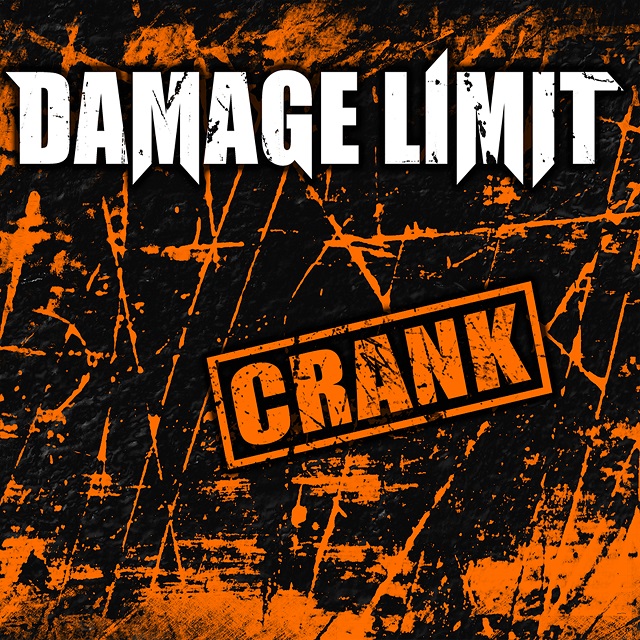 Trends may come and trends may go, but some things remain the same. Like the fact that Scandinavia knows how to produce punk imbued rock n roll just about better than anywhere else on the planet.

Forming in 2010, but finally getting around to producing their first record proper right here, Helsinki’s Damage Limit are proof of this.

“Crank” is perfectly happy that it walks the road of Hanoi Rocks and bands from just across the way like Backyard Babies and Hellacopters – indeed we’d wager that the band are playing exactly the same sort of music that they love.

There is an honesty about the seven tracks that make up this EP that can’t be faked. “Free To Believe” bursts out of the speakers with a glorious riff and it’s tempting to imagine this in a live arena where it would no doubt sound incredible, and if you aren’t singing its chorus by the second go round then you have a harder heart than MV.

The template set, “Crank” doesn’t bother deviating too much, “Without You” has a raw kind of feel, while “Struck Down” is a maelstrom of thing that has a fair degree of groove and like all its brethren it knows how to do a chorus.

“Graveyards”, which adds a fair degree of melody to the hook is the pick of the bunch, although “1000 Times” which essentially distils this type of rock n roll down to its brass tacks in less than four minutes, isn’t far behind.

So if good things come to those who wait, then that is made true by this. Hopefully Damage Limit make it to a full length next time and hopefully it doesn’t take them so long.

Either way, though, “Crank” – and any record that shares it’s name with an Almighty one gets bonus points to start with – is a fine start.