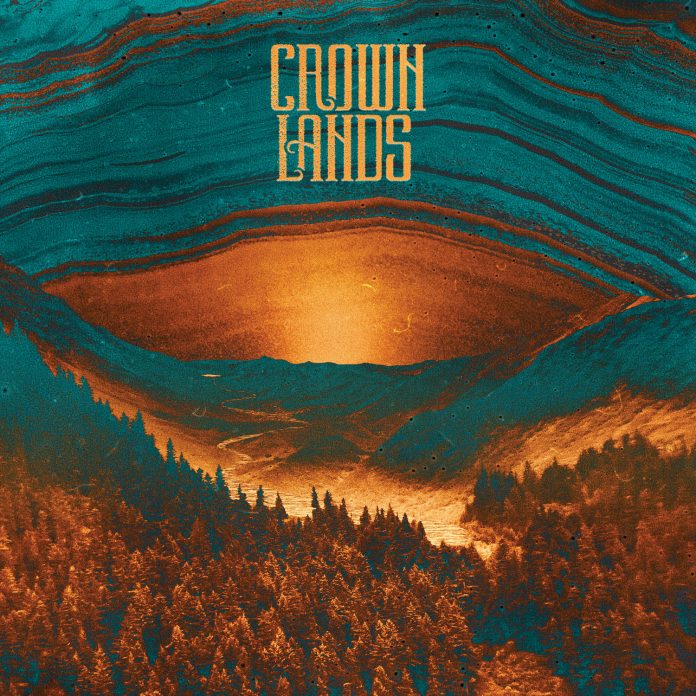 Let’s drop the bombshell at the start, shall we?

Crown Lands: there’s only two of them.

Now, that might not be a “wait, what?!” moment for you yet – you might not have heard them, but trust me. The fact that a band that sounds this gargantuan shouldn’t only be two people.

But, there we are, and here we are at the beginning of a career. Because, Crown Lands, it seems to me aren’t messing about.

Kevin Comeau handles the music, Cody Bowles the drums and the vocals. Now, I am not going to re-write history here, I don’t particularly care for Led Zeppelin (half the readership has now logged off) but even I can spot a Robert Plant tinge to Bowles vocals, particularly on “River”. That said, to me, this is the same type of vibe as Wolfmother.

That is to say, its psychedelic, its folk, it doesn’t care what’s trending on Twitter, it’s never been on Tiktok, but it is raw and it is heavy. “Spit It Out” is uncooked, but its glorious. Primal doesn’t even do it justice. Chest-beating bombast, that’ll do you.

But these are songs you can sing along too. Albeit you wouldn’t have a clue what its about. Just know that the aforementioned “River” pulses – or maybe flows? – with electricity. “Leadfoot” is probably the best of all, an almost glam rock stomp is all over this, and you can imagine this floating over some festival field and having people racing out of the tents everywhere.

Bowles’ drums – and he beats them like he’s caught them in bed with his lover – anchor down “Howlin’ Love” and Comeau’s riff here is as bluesy as it gets it really is. There is some stunning musicianship on offer.

There is, though, just a feeling that CL are merely scratching the surface on this debut, that they have serious ambitions. “End Of The Road” fancies a crack at something of a soundscape. There is a U2 (ish) quality to the guitar, but that’s just the half of it.

“Forest Song” is blissful (and blissed out, probably)  before it’s hook soars, but the ending “Sun Song” fully communes with nature, as it were. Acoustic, in the main, it is the work of people who’ve been hiding in the Woodstock Car Park for about 50 years refusing to believe its all over.

Even their name gives a clue to their ambitions, Crown Land” is territorial area belonging to the monarch—or, as Bowles (whose own heritage is half Mi’kmaq, an indigenous tribe from Nova Scotia) puts it, “Crown Land is stolen land and we are reclaiming it.”

There’s probably some clever ending to be had there about them reclaiming rock n roll, too, but that’s not quite right. It seems that Crown Lands know where their influences lie, but that as they move forward, they might find their own voice and become truly special.