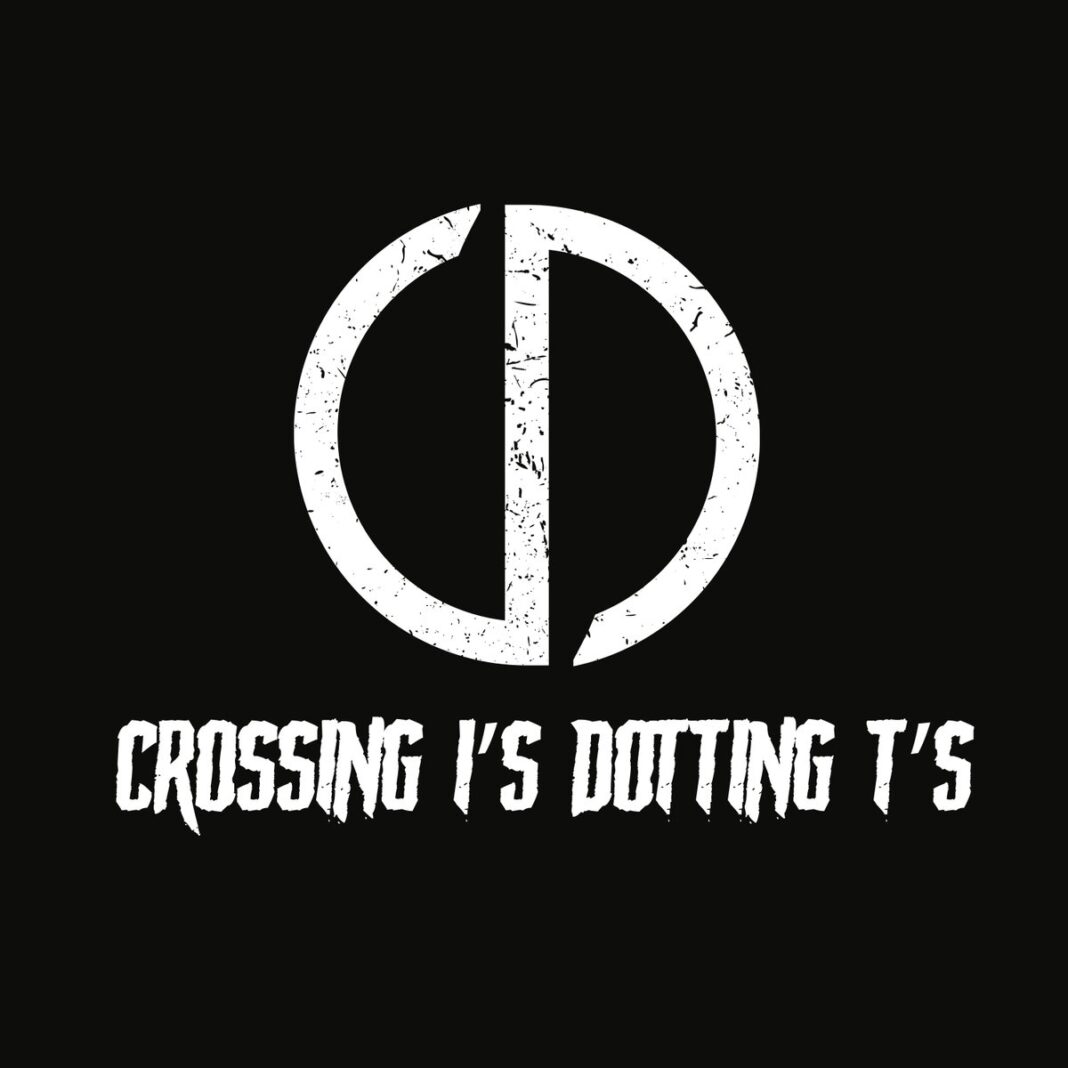 I’m never arsed to change the names in these reviews, so you best believe that any girls name used in the next 400 or so words is the real one. I was telling someone the story today about me and the greatest unrequited love affair of my life. Punchline: I ended up making a fool of myself and exiting the wedding I was at (not hers, or mine…) via the kitchens.

This all happened in 1999. And I am different now ….I wouldn’t have even gone to the wedding, other than that, just the same. After listening to Crossing I’s And Dotting T’s, and the four songs on this EP, I can only wish they’d have been around back then, because these would have been my “Sara” (real name, as promised) album (as it was it was “So Much For The Afterglow” by Everclear that took the accolade in real life.

It should have been around then too, because if this was any more late 90s, post grunge, pre emo, punk rock, then it’d be wearing a plaid shirt, but nonetheless, we can be grateful for the fact its here now, because its pretty damn good.

Matt Mucerino seems to get it (or the fact he’s not getting it, means he channels his frustrations into these songs, more likely). The key line here is simple: “I am not scared to live my life, but I am more scared to die”. That’s the basic premise of the 11 and a bit minutes. He sings that on “Dissatisfied”, the opening song, and along with the fabulous lead guitar of Soren (Zo) Crisell, they’ve looked back to the last century for a winning formula.

There’s a couple of bands that spring to mind throughout. Puppy and Dinosaur Pile-up, both made careers out of the brilliant desperation of “Regret Stained Memories”, while “See You At Your Funeral” is the type of chugging thing that Blink182 fans might want to get on pretty quick (and one of these days I’ll try and find a clean way to work in the story that involves “All The Small Things”…..”

The acoustics of “7.45am” are a left turn, but very much in common at the same time. Think Dashboard Confessional if he had no hope left at all, but there’s some real desperation in the chorus. “All I ever wanna do, is spend a little time with you….maybe I’ll see you again, in my dreams or in my head” sings our mate Matt, and brother, we men of a certain disposition, we get it.

So these are our anthems. Well, maybe not anthems, as that indicates hope and there’s none here. That’s the point. So, this is ace and all that, but really, where were you in September 99 when I really needed you, eh?!