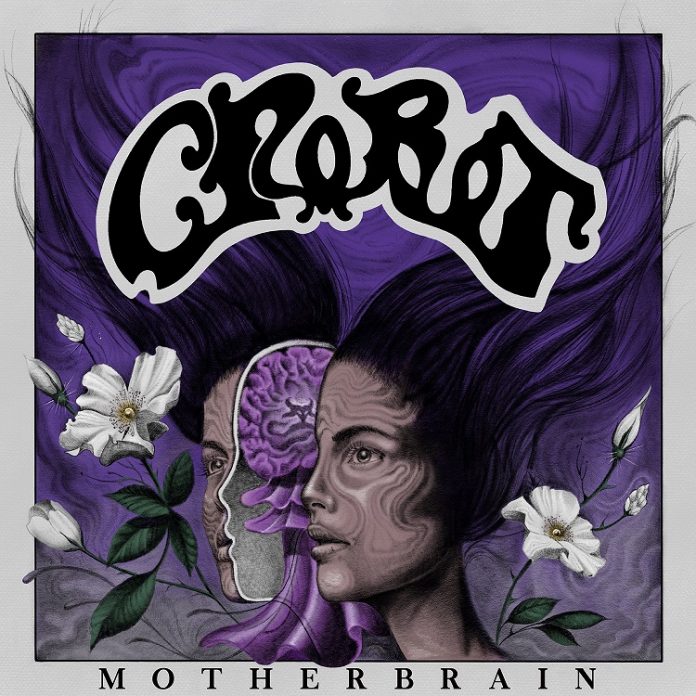 “I am the Alpha Dawg” roars Brandon Yeagley (and make no mistake about it, Brandon roars most things) on the track that comes about halfway into “Motherbrain”.

It’s cool and everything.

A few weeks before he’d introduced the same song in Birmingham in a sweat soaked gig, by wrestling touring bass man Eddie Collins to the ground, counting three in the style of a WWE wrestler, and declaring “I am the Intercontinental Champion…..that makes me the Alpha Dawg”.

You can decide which one is better.

That, actually is the challenge for a band like Crobot. Exactly how do they translate that energy into the studio, and then, once they have, how do they get those who are on board to swell with people that love the band.

I am not telling tales out of school here. My credentials as a genuine, Bonafide “Beardo” (their name for their fans) are long established and have been since I was politely asked to review their debut full length “Something Supernatural”. That said, the aforementioned gig was moved to a smaller venue and was far from full.

Their second full length record, “Welcome To Fat City” came out in 2016, and on the 10/10 review that I gave it, I chirruped in the last line: “it will make people headbang all over the planet, because everywhere there is someone with rock n roll in their veins and a riff in their hearts, there must be a Crobot fan and “Welcome To Fat City” will move them into the big leagues.”

Let’s be honest here, it didn’t. And more to the point, the band themselves only played a couple from it in the current live set, and the former rhythm section of the Figeroa brothers departed too.

So, although it shouldn’t really, “Motherbrain” feels like a fresh start (and there’s a new label to go with it). There is a slightly altered sound. If the last couple have been greasy, if you like, this one is dark. Not so much that it isn’t the band you loved before, but there is a palpable change of the guard.

Yeagley himself puts it like this: ““When people hear this, I hope they say, ‘Yeah, that’s Crobot’. “We want to maintain our identity from record to record. We always want to be genuine. It’s going to evolve, but it will always be Crobot.”

They’ve done that, and within about 12 seconds of the brilliant opener “Burn” kicking off with a groove that shakes the room and the singer at his chest-beating, bombastic best, it could only be them.

That one was a co-write with Brian Vodinh of 10 Years, and it shares the 10 Years gift for writing something mighty. “Keep Me Down” is another that – in all honesty – stray too far from the tried and true, and if you can imagine Clutch jamming with Soundgarden, then you’re right there.

The suggestion, though, that whatever beast lurks here now is a little more menacing is all over “Drown” – not only is there a driving incessance to the music, there is a hint of violence in the lyrics too.

They’ve always a touch of funkiness about them, and this time it is more to the fore, “Low Life” pulses like it wants to go full on Prince and restrains itself – it’s probably the best thing here. Another co-write it might indicate a band that was keen to avoid the comfort zone this time around.

At their best there has always been something just a little unhinged about the band. That is shot through the shadowy world of “Stoning The Devil” and if you have been able to detect a bit of Audioslave about the record so far, then the vocals and Tom Morello-esque guitar line don’t even hide the influence on the slow building “Gasoline”.

There seems to have been a willingness from many bands recently to incorporate the stylings of what I guess, for want of a better term we have to call “grunge” and that seems to be the case on “Blackout” – which thumps in its chorus and broods in the verse – and also on the catchy, filthy bass of “After Life”. This one doesn’t so much float like a butterfly and sting like a bee as deliver a knockout blow, while the “Hive” takes all that the band are trying to do in 2019 and wraps it up nicely. There’s even a bit of acoustic guitar here too and it is about as balladic as this gets.

“Motherbrain” is a brilliant record. A bold one in its own way, and one that the band probably needed to make to break the mould a little. Whether that’s enough to see them become the genuine stars that I’ve always tipped them as, time will tell.

Previous article
BAND OF THE DAY: GRADE 2
Next article
IN A BABYMETAL GALAXY FAR, FAR AWAY