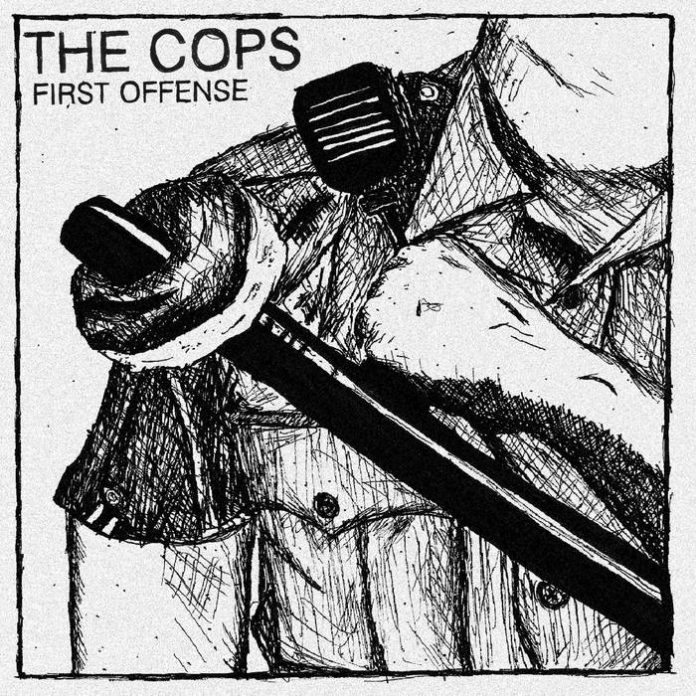 Stick ‘em up punks, it’s the indecent loving COPS.  The new Texan purveyors of high octane punk make their debut release something to grab your attention.

It’s takes approximately five seconds of the opening track “Homicide” to understand where The COPS are coming from.  It is the same place depraved and decadent wasteland that spawned The Stooges, Misfits, Minor Threat and every great full throttle punk band since.

With tracks, all themed around the subject of law and order in it’s multi-faceted parts, rarely breaking the tree minute barrier there is no time to sit and stare.  Each track comes on like a bullet from a gun and leaves with the same velocity out of your brain as it arrived.

Formed in 2016 by members of various punk rock band’s across Houston this is truly a collective of musical degenerates who loves nothing more than laying down their musical law.

“Life On The Beat” and “Police Brutality” have a an infectious groove and delivery that cannot be taught.  Likewise “I think she’s so damn cute but she’s a prostitute” is the opening line from the future classic “Street Hooker Love” which could have been an early 1980’s classic done by the masters of melodic punk The Ramones.

Possibly the best track, on an album littered with memorable modern day-classic punk, is the frenetic “Downtown”, a track of pure unadulterated passion and melody that sticks in the head like a pick axe.

Overall, this is the first essential addition to the Classic Punk catalogue that has come around since The Hip Priests Black Denim Blitz in 2014.  They have already pretty much destroyed their state and are now ready, armed with this album, to start enforcing the law as far and as wide as possible.  You may as well surrender because you will not out run them.