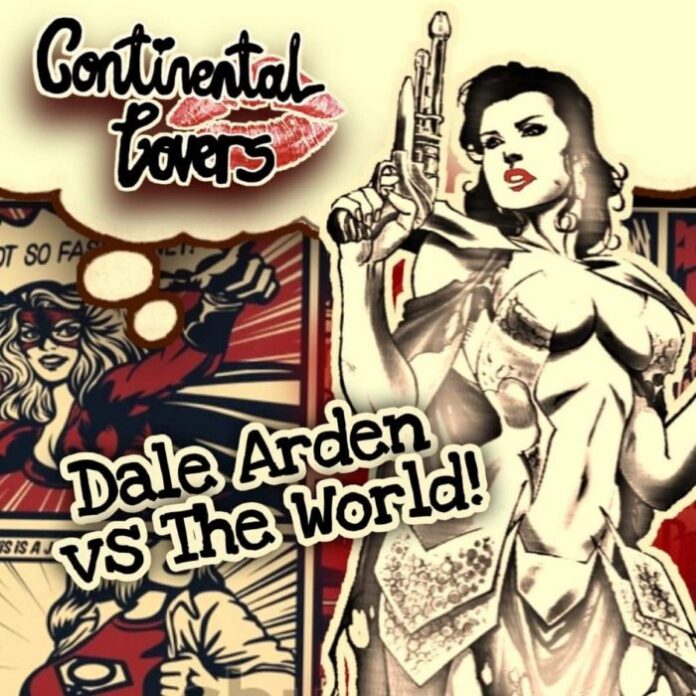 I am writing this on the first day of the English Football Season. My team – of which there was no expectation anyway – has managed to be worse than imagined already. Outside of my family, I love three things in life. The aforementioned, cricket and music. Only one of these things brings me joy consistently.

And one of, perhaps the single greatest joy of them all is finding a new band that is so good you feel like you want to tell everyone about it.

So, put another dime in the Jukebox, baby. Because Continental Lovers are here to save the world (ok, maybe not, but hyperbole is cool)  Basically, its like this. You take a C90 and put it in your tape deck and hi speed dub the living shit out of this (that paragraph will make sense in a minute).

“Dale Arden Vs The World” (I’ll probably lose bonus points for saying I had to Google who that was) begins with “Tape Deck” and it is one minute 57 seconds that puts us into “new favourite band” territory. Sleazy as all hell, the lead breaks from Graham Jones (who apparently was in Haircut 100) are stunning. And if anyone has a better voice than Joe Maddox for this then I don’t know who it is. He sounds like he’s been listening to Cheap Trick since he was in the womb, while simultaneously suggesting that he’s been sniffing glue all day. It’s quite a thing.

“Really Doesn’t Matter” is the best song that The Undertones haven’t written (well, they might have, I loved this too much to research whether they were self-penned) and the line “she had a reputation for arriving in her own sweet time” might not be about me, but anyone who has waited for me to pick them up might relate.

To be fair, if I was late because I was listening to this then no one could moan. “Tattered Star” (“time tick tick, tock, tock o’clock, 8 o’clock on the stage we’ll rock…”) is a work of sincere genius. It’s about attitude too. “Can’t play your instrument, don’t care, you’d better fix your hair” sneers Maddox. And this is as trashy, bratty and ready to fight as you ever did come across.

“St Joan” is  a homage to their Queen of rock n roll (I still believe it’s Suzi Quatro) and if in common with a couple of others it was on the original demos that Joe put together in lockdown, then its benefitted from its re-working in the JD Soar Studios (favoured by Sleaford mods).

“Can’t Get Her Out Of My Head” – which Maddox explained last week when they played with Marc Valentine was about falling in love with your stalker (so there’s still hope, I guess) – does a bit of a Pistols thing and “Dale Arden” is a flash (see what I did there) of Chuck Berry jamming with a power pop band.

Originality is laudable, but sometimes you just want something to come along and rock your world. The first single I remember buying with my own money was “Centerfold” by the J Geils Band. I’d have been six years old. Rock n roll has rarely sounded as fun and shot through with pure filth since as it does right here.