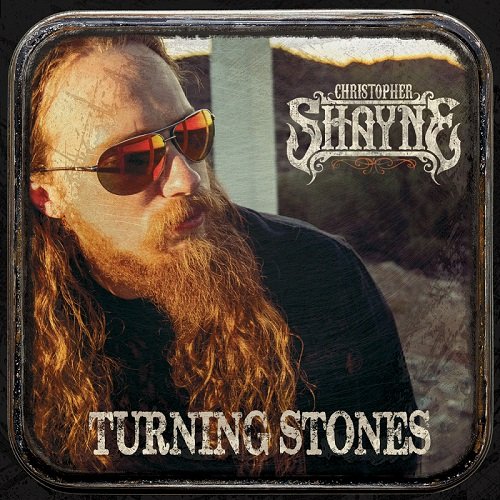 I’m trying to remember if I give a damn/you can pack it up and give it up, cos hey/ I am just what I am

The first verse on the first song on the first album from Phoenix’s Christopher Shayne tell you so much about him that any words MVM can add are basically superfluous. Like so many before him, Shayne takes Lynyrd Skynyrd’s first album as his starting point and works backwards from there.

This is music that knows what it is, doesn’t want to reinvent the wheel, but does want to drive to the lake with its high-school sweetheart and watch the sun go down, before driving her back to her mom and dads in a flatbed (ok this reviewer watches a lot of American TV, and hopes that its all like Friday Night Lights in small town US of A).

Whether true or not, it’s fair to say that the opening trio here – the aforementioned “Give A Damn”, the hair down good time boogie of “Rock Show” and the Credence Clearwater Revival-isms of “When I Come Down” mark this out as pretty special.

Naturally, you wonder whether this is a fluke. “The River Revival” with its slide guitar and knowing groove – not to mention gospel-tinged backing vocals – prove that its not, and the trip into laid back country rock Eagles like territory of “Take Your Time” is most welcome.

Full of interesting twists and turns, not least the title track, a laid back little strum with its mind the hammock and its tent out underneath in the stars, but one which sees Shayne plaintively asking “where is my American Dream?” “Turning Stones” is the record of an artist who is in this for the long haul – indeed on the opening song he’s suggested “look out world I am gonna be a star” and in a way that doesn’t seem to be boastful .

There’s a huge power ballad of a thing “Find Our Way”, while “Oucha Mind” is the kind of thing that Dan Baird has always excelled at and “Heartache” is stripped back and full of emotion.

Actually you get the impression that with “Turning Stones” Shayne has merely made the type of record he loves listening too, “Home” definitely feels like it knows where its been, while the closing “Black Mariah” seems to indicate that heading in different directions is possible too. A piano-led song, which has echoes of Zakk Wylde when he strips down, it shows that there is depth here that others mighr have

It’s like this. If Blackberry Smoke are the current poster boys for the whole country fried rock n roll movement then Christopher Shayne is a kind of close relative. Blue collar rock n roll that wants to down a few on a Friday night after work, raise a little hell on a Saturday and beg forgiveness on a Sunday never goes out of fashion. It also doesn’t often sound as good as this.