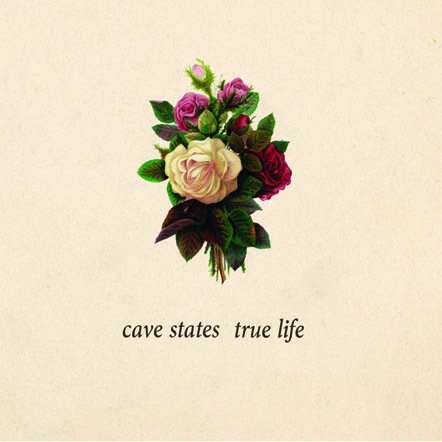 The soundtrack to your summer? Yeah probably, but so much more too

The really great songwriters, whoever they may be in your opinion, have the ability to make any situation interesting.

Ironically, perhaps, MVM was musing on this while sitting in roadworks on our way home from work. Most of us, faced with such a thing, look for alternative routes, or swear (or both in our case), not Cave States. What you do if you are Cave States is turn your frustration into a gorgeous song called “Commuter”, with which the St. Louis collective choose to open up their new album. So good, in fact, is the song that it makes your own commute just a little better as Chris Grabau’s words mesh beautifully with John Higgins’ Pedal Steel. It shouldn’t make for compelling songwriting material. It does.

The song is typical of the wonderful fayre that “True Life” offers throughout. Despite the name Cave States, there’s nothing Neanderthal here. Instead, it is understated and shimmering. If the band moniker doesn’t quite fit, then the name of the record is perfect. “True Life” is a picture of normality, just set to a glorious soundtrack.

“Over And Done” with its harmonies and more pedal steel, for example, doesn’t need bluster to make its point, while “In The Dark” is so fragile it might break at any second and “Take It All” adds its electro drums to the mix to fine effect.

A bit like life itself, though, all is not perfect, and despite the summery, light and airy feel, peel back the curtains in this suburban scene and you are liable to find a darkness. The campfire like strum of “Floating Around” might seem like its looking at the stars but the lyrics tell a story of “the old indiscretions” and even better, never says what they are, and “Mountain” – which even for this record is stripped back and bare – has the protagonists yearning for something new.

There’s plenty of subtlety about the music too. “Changing On Me” and “Kingdom Come both use piano in a really interesting way, “Lazy Susan” is an old-time country strum, and the title track – which also acts as the conclusion, has an almost lullaby like quality.  “No Words” adds strings and a driving drumbeat as well as Byrds-esque multi-vocals, and this is a record that reveals more of itself each time.

Americana at its very best, “True Life” is an unexpected and glorious gem.