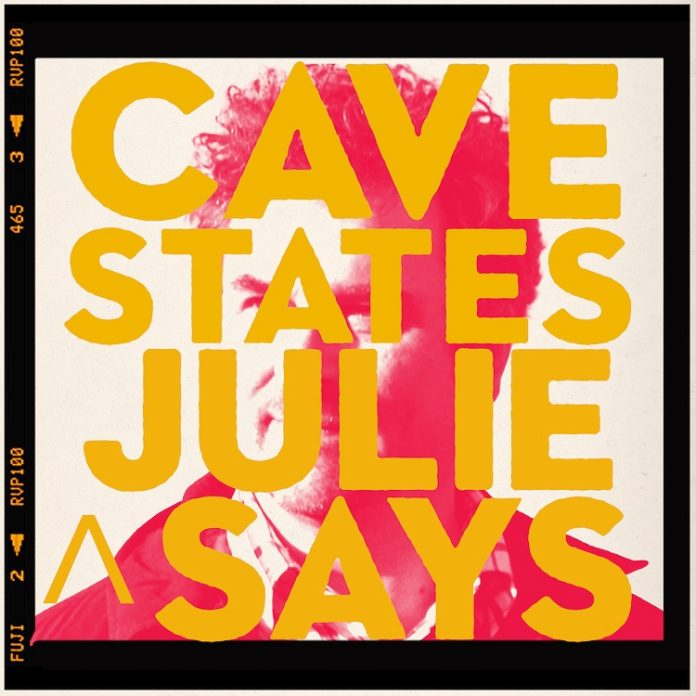 Cave States are a St. Louis-based Americana-indie band formed by Chris Grabau, Danny Kathriner, and Todd Schnitzer. They have a brand new three track EP `Julie Says` released this month which is the follow-up to the band’s 2020 EP `The End Is Around The Corner`

This extended play opens with `Julie Says` which songwriter Danny Kathriner describes as a semi-autobiographical account of an exchange he had with a friend years ago. It`s about two people who cannot see eye to eye, due possibly to the fact that they are so much alike and as neither could give any ground the relationship floundered. As you mature and reflect, it’s easier to re-evaluate. It begins with an almost retro `Leader Of the Pack` vibe but becomes a lot more expansive and reflective with some delightful harmonies. There`s a lot going on as we enjoy hand claps, a shook tambourine, some intricate guitar chords, a drum rhythm like a heartbeat and piano tinges. We have a section towards the end which showcases piano, a drum machine beat and ethereal yearning harmonies before quietly fading out.

A gently strummed guitar leads us into `Gone Are The New Days` which has a sort of dreamy Americana tinged quality to it. This quite contemplative number becomes even more mesmeric as a steel guitar adds it`s lush textures before we have a brief almost orchestral stringed shaded section before returning to the previous hypnotic tone as it quietly fades.

`Time For Telling` closes this release and begins with dual harmonic vocals and plucked guitar chords before an electronic drum beat like pulse drives this number along. There are some quite delightful strings and piano as the single and dual vocals relate this encouragement to always stand up and fight for what you believe to be right.

`Julie Says` was a deep and quite complex mix of tracks that were well thought out, constructed, and delivered. I felt they needed a few listens to really do them justice. The approach to these songs has been more experimental from what i`ve read and to me that has certainly paid off. The band have teased that there`s more to follow later this year so we certainly have something to look forward to.