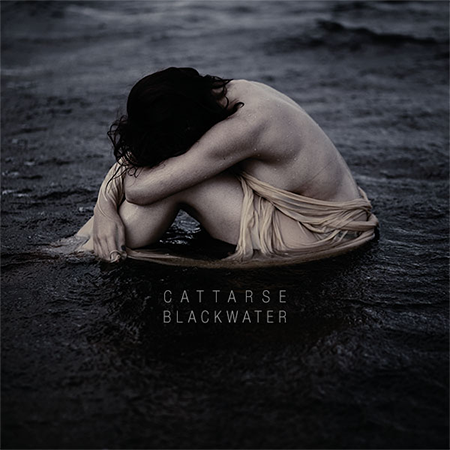 The music is better than the name, says Bernard

With so much music to listen to, sometimes it’s a name that makes a band standout from the rest. That was certainly the case with Brazilian three-piece Cattarse. They describe their music as ‘Stoner/Heavy/Blues’ which basically writes my review for me in just three words.

However the album they have made is good and it deserves more than three words, so here goes.

The band features Igor Van Der Laan (Guitarra  E Voz – guitar & vocals) and his brother Yuri (Baixo – bass) along with Diogo Stolfo (Bateria – work it out for yourself!) and this is their first release. It opens with ‘Walking On Glass’ and this song would feature on my list of favourite tracks of 2016. It opens with some acoustic Delta slide which launches into a huge electric riff which occurs throughout the song. Its more blues based than anything else here and has touches of Jon Spencer Blues Explosion and Royal Blood is its make-up – it’s very loud and very good. ‘Mr. Grimm’ follows and is also great – this one is a bit heavier in a QOTSA way and also makes plenty of noise. ‘Sound Barrier’ has another huge riff and ‘Meet Me In The Darkness’ is more of the same, both coming under the ‘heavy’ tag. ‘You Blew My Mind’ is in the Stoner category and is a bit more commercial in an American radio-friendly kind of way. ‘Turn To Stone’ has Foo Fighters style quiet and loud passages and works really well and ‘Fire In The Hole’ keeps up the good work and touches of ‘doom rock’. The title track is a contemporary rocker with shades of my favourite Scandinavian bands and works really well. The final track is ‘Ashes’ – it’s the only quiet thing here, a gentle acoustic strum which sounds mid-sixties in its inspiration. For me it’s the only track that doesn’t quite work but each to his own – no doubt someone else will make it their favourite on the album!

So a big well done to Cattarse – I’m still not sure about the name but it got them my attention, which they have kept with such a promising album.