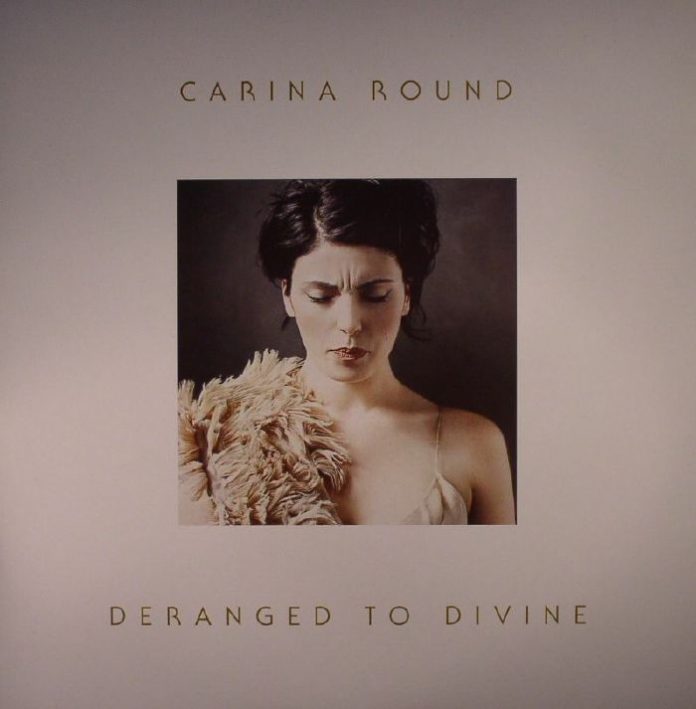 Carina Round is an alternative singer songwriter hailing from Wolverhampton.

She has collaborated with some notable musicians including the legendary Dave Stewart, Brian Eno, and Smashing Pumpkins’ front man Billy Corgan. Carina self-released her first two albums, ‘First Blood Mystery’ and ‘The Disconnection’. The former shaped by erratic yet engaging sounds drawing from her love of legends Patti Smith, Tom Waits and Jeff Buckley.

She was signed by Interscope Records, who re-released ‘The Disconnection’ album in 2004 before she headed to Los Angeles where she recorded the album ‘Slow Motion Addict’ with acclaimed producer Glen Ballard. Carina toured with Annie Lennox and self-released her EP ‘Things You Should Know’,

Her songs have featured in numerous film & TV shows. She has become a touring member of Puscifer, Tool’s Maynard James Keenan’s band, and worked on their album ‘Conditions of My Parole’ and ‘Donkey Punch The Night’.

“Deranged to Divide” is a retrospective of this artist’s work and an introduction to her solo work for fans that have come to her via her stints with Puscifer.

The opening track “You Will Be Loved” is an intimate track with some programmed drum beats, bass lines and a piano accompaniment with Carina’s almost haunting vocals layered on top. A song with uplifting lyrics about desire, ending with a recurring sentiment “Have Faith”. A wonderful introduction to this album.

A jangling guitar riff launches “Into My Blood” a real thumping track with pounding drums throughout where we get a varied range of vocals from spoken to crying to pleading.

“Backseat” is a mellow tune but with Carina’s vocals it’s heart wrenching at times. I know Annie Lennox produced this song and I’m sure she accompanies Carina on the chorus. We get an anthemic track next in the form of “Girl and the Ghost” with almost a marching drum driving it along.

“Elegy” has an initial laid back jazzy feel about it before shifting to a more powerful intense and at times threatening energy. The following track “Gunshot” is an easy going, country crossover tune.

“Come to You” is a real upbeat well paced tune about a relationship that has to be ended as it’s become one sided. A song about loss is shared with “You and Me”. A punchy beat with aching lyrics offered with some raw evocative vocals. “Downslow” is a slightly off kilter number with a steady bass line and drum beat running through the heart with sultry vocals spread above the surface. A simple, but effective aria and probably my favourite.

Another couple of ambient jazz outings follow with “Overcome” and the superb “How I See It” with the raucous “Want More” hurdling along in between.

The intense and passionate “For Everything a Reason” follows and highlights the strength of this artist’s vocal range, a tune that will almost reduce you to tears.

“Lacuna” is a real eclectic piece with bruising vocals over some crashing bass and drums.

The penultimate song “Mother’s Pride” is a brutal grinding tune with some uncomfortable and at times agonisingly painful words spat out.

“The Secret of Drowning” closes out this retrospective and it’s a left of centre looping, diverse groove on which to end this body of work.

This is a wonderfully diverse collection of songs to highlight the career and range of this artists work and I’m sure it will win over some new admirers, who have come to Carina via her most recent work with Maynard James Keenan.

Carina has a voice that reminds me at times of Polly Jean Harvey, Annie Lennox Maria McKee but it is very much her own. This is a magnificent assortment of songs from a much underrated artist and if you want to invest your hard earned money in an album this year, this one will certainly fit the bill and will not disappoint.