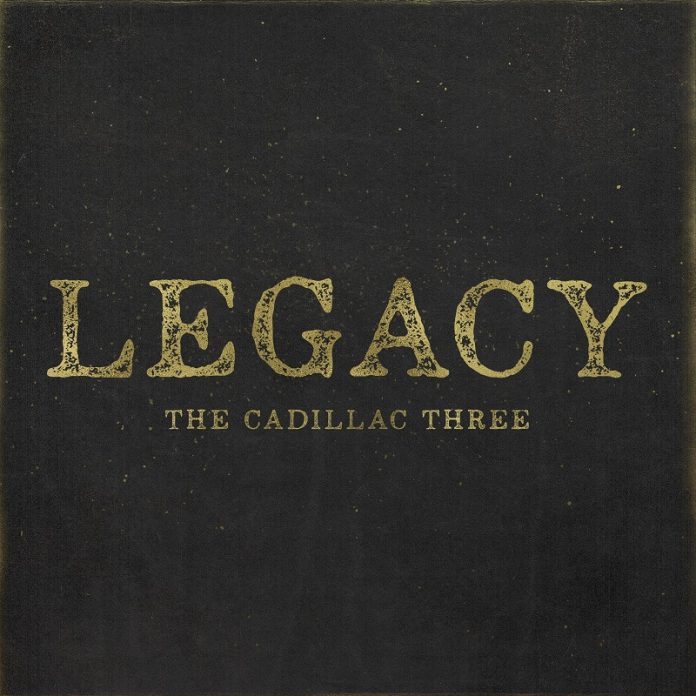 Given that it took four years between their first and second record’s, it came as a little bit of a surprise that TC3 had been in the studio recording a follow-up to last year’s “Bury Me In My Boots” so soon.

There were mitigating circumstances, of course. That debut, “Tennessee Mojo” rather took off and they were never off the road (MV maintains that the best way to experience The Cadillac Three” is on stage anyway) and singer Jaren Johnston is rather busy collaborating with the great and good of country and knocking out hit singles like they are going out of fashion.

For “Legacy”, though, they started on the day “….Boots” came out. And perhaps because of that it kicks off with something that sounds like it could have been on that album. “Cadillacin’” is straight from their throwaway, fun end but does boast a chorus that suggests there’s “fuzzy dice on the mirror/a cooler in the back full of beer/ radio pumping and a little bit of something that sounds like cheap sunglasses”. ZZ Top would approve, and so indeed would former touring partner Eric Church, who has made this type of country/rock/pop crossover his own.

“Tennessee” boasts a mighty – and dare we say – Skynyrd type groove, and “Hank And Jesus” is, you suspect, a touch more personal than some of their work, but it is with this type of understated, semi-acoustic stuff that the trio truly excel.

Personal taste dictates that the type of TC3 MV prefers is the more serious side, but here’s the thing: Throwaway stuff like “Dang If We Didn’t” is so well done that you get swept along with it anyway – and it will work just fine when 3000 people are singing it one Saturday night.

TC3 records always manage to be on the country side of country rock, “Ain’t That Country” is superbly laid back and blue-collar, the line “there’s always a little more month at the end of the money” seems to sum up the type of crowd this album appeals to perfectly.

There are a couple of moments in “Legacy” where you realise that you are listening to a band that is destined to be huge stars. “American Slang” – this album’s “Graffiti” if you will – is pure pop, for example. But there are others where you have to credit them for taking more chances than many bands in their situation would. “Take Me To The Bottom” is shimmering, and soul infused and shows a side to them you might not expect.

Largely, though, “Legacy” is about giving the masses exactly what they want – by the bucketful. “Long Hair Don’t Care” is destined to be an anthem for all those who “couldn’t give a shit about giving a damn” and that’s just fine with everyone here.

But there is a rare skill here. Johnston is a superb songwriter. Folk star Lori McKenna duets on the gorgeous ballad “Love Me Like Liquor” and “Demolition Man” pulses and broods with a sadness and you can imagine – in a slightly different context – Bruce Springsteen doing something a little similar.

Ending with its stripped-down title track – essentially an ode to Johnston’s wife, it will soon become the property of millions worldwide. And that is the point here. This is TC3 being true to themselves, but writing songs that will mean something to people all over the world.

That, when you think about it, is quite some “Legacy”.