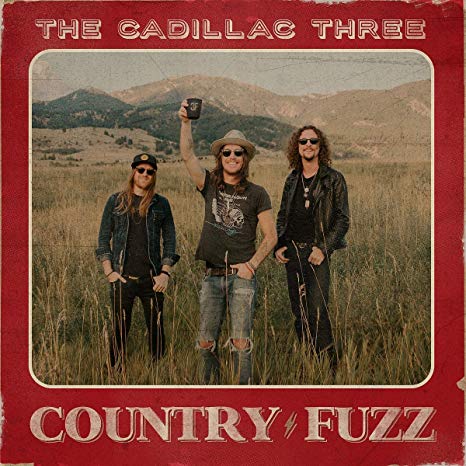 Ok. I have a theory. Bear with it.

I am English. This is not some post-Brexit statement of national pride, just I am. I have been to America just once. I was best man for my mate when he got married out there, so it was hardly gritty. And yet, I’ve loved Southern Rock and Country Music since before I was even aware that the cool stuff I was listening to had that label.

Why? Well, I kinda think that it’s because “they” – whether its Skynyrd, Whiskey Myers, or Brett Eldredge if you want to bring it up to date – are selling me and you the American Dream. The stylised down home, aww shucks, mama’s apple pie cooling on the windowsill while daddy is drinking a cold one down at the honky tonk with the lads, dream.

Life probably ain’t like that. But that’s the point, that’s why it is absolutely universal.

I would argue, actually, that no band over the last decade or so has tapped into that better than The Cadillac Three. Their last one “Legacy” crashed into the top twenty over here, and there is nothing whatsoever to suggest that “Country Fuzz” isn’t going to do the same.

The record starts as it means to go on. Jaren Johnston seems to say “hey” to someone that catches his eye, before the first line: “Well, I sure am thirsty…..” That heralds “Bar Round Here” a country song that gives off the idea that ZZ Top are jamming with Brothers Osborne. And that, in turn, is essentially the album.

There is a glorious simplicity about this. “The Jam” has a hint or three of John Butler Trio, and is the closest they’re going to get to disco around here, but the idea “whatever gets you up out of your seat….that’s the jam” is the point of this band.

The three of them, surely, all they ever wanted to do was make music to make people happy? Leave cutting edge to others, you want something to make you smile? We got ya, it seems to say.

But, because partly of Johnson’s background as a serial hit writer (Keith Urban, Tim McGraw and Steven Tyler are just a few of the artists he’s written for) and partly because of the alchemy he’s got with Kelby Ray and Neil Mason, the songs here are perfectly conceived gems.

Travis Tritt appears on “Hard Out Here For A Country Boy”, but remember that American Dream thing I talked about? “Slow Rollin’” right there. It’d never work in a Honda Civic with all the speed bumps down my road, but just for three minutes I can be the college quarter-back with the prom queen riding shotgun. And it works two ways, because you are not telling me that Johnston doesn’t know he’s doing a Billy Gibbons impression here.

The song titles alone give it away. “All The Makin’s Of A Saturday Night”. Come on, you don’t need me to tell you that there’s a “lady with a spray tan” and “we’ll smoke a little homegrown” appear in the lyrics. Maybe they live like this. It’s just as likely, though, that it’s their fantasy too. That’s just fine.

“Crackin’ Cold Ones With The Boys” is both sleazy and catchy as hell – they are all as catchy as hell, trust me – but in fairness, there are a couple of moments here that you might not expect. “Labels” is one, clever and almost dance orientated, it gives a thought to the idea that this is just a really, really skilled outfit.

“Raise Hell” – I am going out on a limb here to say that this might be the autobiographical one – is a kind of brooding thing that veers from a ballad to front -porch blues, “Back Home” has got hit pop song written all over it. No joke, if they give this to Chase Rice they can put another wing on their houses and he can get another number one single, and while they’re at it, they can make it a double A side with “Dirt Road Nights”. When they do this kind of pop country rock hybrid, then there is no one better at it.

“Blue El Camino” reckons it’d rather rock, and along the way it sounds like Royal Republic have found an Elvis Country record on Ebay, while “Jack Daniels Heart”….well I’ve never drunk whiskey in my life (true, that) but I could sing the hook here second go around.

“Why You Gotta Go Out Like That?” rings true with anyone who’s ever had a row with their much better half, “four letter words on the tip of your tongue flying like bullets from a lipstick gun” it goes, and you know what? This is why TC3 are universal.

At 16 songs, “Country Fuzz” is longer than most records these days, but this is a pop album essentially, lets be honest, and it clocks in at just 42 minutes. “Heat” has the air of a Bon Jovi song when they tried to go country, and if you were going to cut a couple that and “Whiskey And Smoke” (they’ve gone over that ground enough here) would be the pair, not though, the blue collar ballad “Long After Last Call”, that’s cool, and at a push could have just about got on Springsteen’s “Tunnel Of Love”.

To bore you with something personal, although it does have a point, in 2014, I was supposed to go and watch Eric Church in Manchester but couldn’t go in the end. I was pleased, however that the opening act, though, scheduled a random date while they were over and ended up on a bizarre three band bill in Birmingham with The Graveltones and Buffalo Summer in a tiny little room. I went to watch. On my blog then, I wrote this: “for just over half an hour they turn The Temple into a Brummie Honkytonk….it would sound wrong played by anything other than a band from Tennessee – in the hands of these guys, though, it sounds damn near perfect.”

That band was The Cadillac Three. And they haven’t changed much, beyond the fact the venues are bigger. Indeed, I’ve seen them sell out the big room downstairs in this same building twice since.

“Country Fuzz” is the best album they’ve done since those days too. And, if I may be so bold, they’ve got their Tennessee Mojo back here.