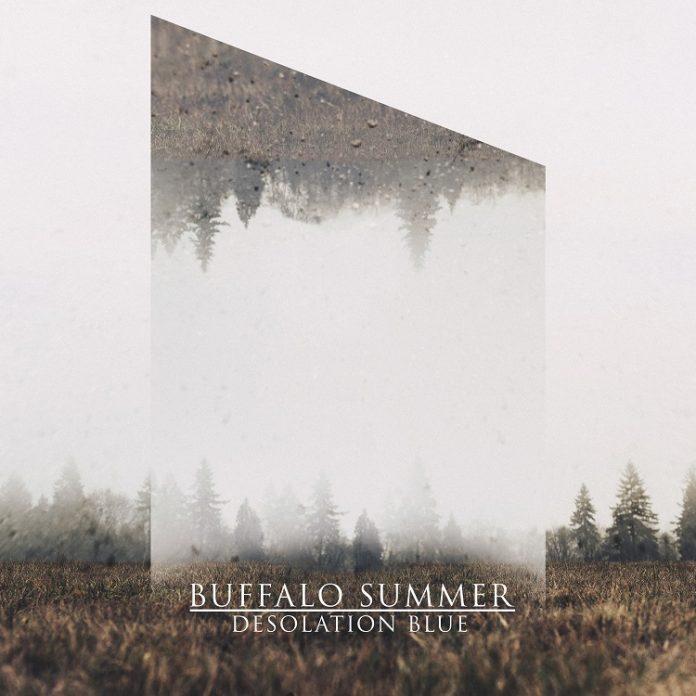 Back in 2014, I was at a gig that I often reference in reviews. I was going anyway, because I had seen the opening act a couple of times previously – and bought their CD that night too – and the headliners The Graveltones were fun.

Then, rather randomly, and if I recall, at very late notice, a little band (at the time) The Cadillac Three were added to the bill. That was the first time I’d seen them.

Those openers? Well, on the blog I did two before I did this site, I wrote: “And with the world perhaps ready for a new breed of classic sounding rock, Buffalo Summer could be at the forefront, and that’s no BS.”

Fast forward just over six years, and I am still saying the same thing.

“Desolation Blue” is an absolute corker. Their third album (and I could go through all the mega acts that broke through on their third, but I won’t) is a major step forward. It’s not that they’ve changed much, they just sound better, bigger, more mature? You choose, but listen to the way “The Power And The Greed” broods, like some enormous 90s arena rock thing. Think Pearl Jam if you want, but listen to the way it builds. That’s a confidence. In themselves, yes, but more in the material.

Sure as night follows day, Andrew Hunt and the troops must know this is special.

“Hit The Ground Running”  (which features some brilliant lap steel from TC3’s Kelby Ray Caldwell) would have been perhaps the more obvious opener, and in that statement, I have probably just explained why it isn’t. “Living in a world where we all look the same,” sings Hunt, and in doing so, he sets the band apart.

I’ll come right out and say it. Hard rock in 2020 is not going to surpass “If Walls Could Speak”. It is everything you want from a modern looking band with one eye on the heroes of the past, but if that is the best “…Blue” has to offer, then don’t think this is all front loaded. No, rather there is an astonishing consistency here.

The record was made at the legendary Rockfield Studios, produced by Barrett Martin once of the similarly hard to categorise Screaming Trees, and the superb Walking Papers with Duff McKagan at one point. He has brought out things in the band that you – and they – probably didn’t know they had. “The Mirror” has a touch of Trees about it, and would be made for radio, with its mid-paced chorus, but that is balanced superbly by “When You Walk Away”, which pulls off a neat trick. Namely it sounds huge – and I mean like U2 levels of arena shaking – but is a) fresh and b) in and out in just over four minutes.

There is so much depth and breadth here across these 12 songs. “Last To Know” veers from stark acoustics to something that would make Stone Broken jealous, but then they can do the dark, deep, and glorious blues of “Dark Valentine” straight after. There’s not many who could shift gears like that – and certainly not make it seem so effortless, anyway.

Even the shorter, heads down rockers do a swagger like it’s in the DNA. Moreover, it’s not like its airheaded “maybe, baby” stuff either. No, not here. They are quoting Charles Bukowski if you don’t mind – oh and Jonny Williams can still knock out a fabulous screeching solo, by the way.

“Everybody’s Out For Number 1” gets bonus points in my world for reminding me of The Little Angels, “Untouchable” is just a lesson in how it should be done, from a band that I am bound to see are close to being masters of it, as far as I can tell.

Everything about this record screams “next level” but if you want a personification of that, then the presence of Peter Buck (yes, that one) on “The Bitter End” will do, while the fact that they end the album with “Pilot Light”, a slow, slinky and beguiling thing rather than a heads down rocker, shows perhaps the unflinching belief that Buffalo Summer have got in “Desolation Blue” – an album they have paced, even, on their own terms.

It’s one of the best – perhaps the best – rock albums by a British band so far in 2020. The boys of Summer? They’re coming of age right in front of us.