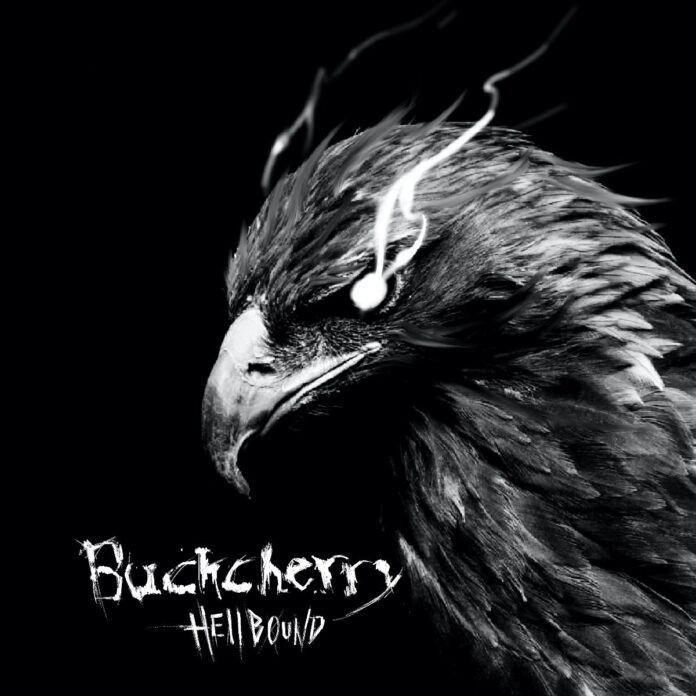 Its worth thinking about this for a second. “Hellbound” is Buckcherry’s ninth album and it has emerged just over 22 years after the first. Not bad for a band who’s sole rationale seemed to be to live fast, die young and leave a beautiful corpse.

But then, Josh Todd and his boys (and as he’s the only original member these days that’s kind of how you have to view it) have never quite done it the way they were supposed to. Back in 99, at the height of nu-metal they announced themselves with “Lit Up” which wasn’t quite an anthem to cocaine, more an unapologetic middle finger to the world. Then the worlds flabbiest and most horribly corporate rock “band” Kiss, made the mistake of having them open for them, and they showed Kiss up for being useless (I know, because I was there) on their second ever UK show, at Wembley Arena.

The point is that whatever bumps there’s been in the road, Josh Todd has the confidence of a rock star. Stick thin, never seen with a shirt on if he can help it, if he wasn’t the front man in a band he’d think he was anyway.

It just so happens that he’s actually really good at it. “54321” starts the album with a countdown, which he hijacks like he’s waited long enough, frankly. Lets go.

“So Hott” is the type of song you’re either going to love or hate and no one is bothered. It sounds pretty much exactly like you’d imagine a Buckcherry song with that title to sound. Big, dumb, but try and forget it.

The title track isn’t even hiding its AC/DC riff, and you can almost picture the 10 year old Todd listening to “Back In Black” and deciding that’s his destiny too, while “Gun” does a funky thing and adds a harmonica and its impossible not to think of Aerosmith. “No More Lies” slows the pace down, and if its not quite a ballad, it is a little bit of tenderness, although “Here I Come” is more the pedal to the metal with a stripper in the passenger seat thing you need to hear from them.

The thing about Buckcherry is that they know how to write rock songs. “Junk” proves that them boys do swing, and has a groove that Axl might want to think about, and the blues-tinged “Wasting No More Time” is the one. That is to say the one that is this album’s stab at arena rock – a good one too. Likewise “The Way” is built around a piano riff and is equal parts Elton John and Oasis. Thing is, Todd knows you need a slow one to get them dewy eyed in the crowd, so he’s given them one (as it were).

“Barricade” ends the album in a more modern way. That is to say it looks forward, although it is unmistakably Buckcherry, for all the hook goes “it all gets better when we die” the album is a celebration of life, it seems to me. And that’s “Hellbound” in a nutshell, sleazy, and ready to fight you or anything else that gets in its way, but with a tender, vulnerable side.

Whilst I’d contend that Buckcherry have never made a bad album in that quarter of a century, “Hellbound” is a particularly good one.