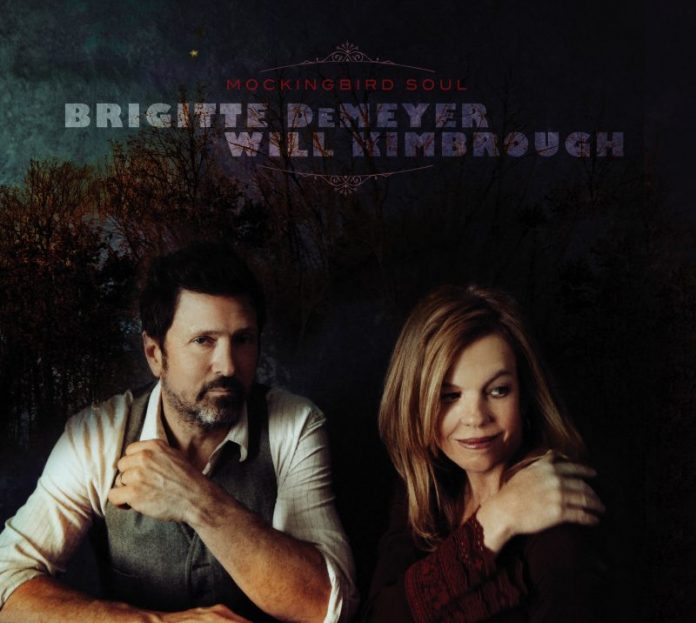 Brigitte DeMeyer and  Will Kimbrough make for an unlikely pair. She was a Californian surfer girl, he was a son of the south, but they have been collaborating on music together for the past few years.

“Mockingbird Soul” is their first official release as a duo, and whether it is a case of opposites attracting or just plain old fate, the album is quite, quite superb.

If the gorgeous stripped back opener of “Everything”, which sees the two singing together and is a sun drenched effort conjuring up images of cloudless skies and endless summer days (which considering this is being written in the depths of a dreary English winter is no mean feat) is one strand of what they do, then it’s follow up “Broken Fences” is something different altogether.

Dark, ominous acoustic blues – indeed it is a feature of the collection just how varied the playing Kimbrough is – its key line “make me rich, if rich means free” seems to indicate some deep longing within.

But then, just when you think you’ve got this pair pegged as classy, acoustic Americana, then along comes “The Juke” to suggest that everything you know might be wrong. This one – drenched in harmonica and dripping with soul – is downright funky and gives DeMeyer the chance to pay homage to the greats like Etta James that she is on record as expressing admiration for.

Indeed, much of this record is an exercise in surprise. Full of timeless, classic material, it never settles into a particular groove, although for all that it stays true to its folk roots – and you expect the ideals and ideas of those that made it.

“Running Round” – which is probably the only record MV will ever review that contains the line “don’t you wake that ‘gator up you fool” – is a fun filled strum, the title track features some mighty playing and sorrow-filled vocals.

This is nothing more than a collection that is filled with class, “Little Easy” is the kind of thing  Springsteen attempted on “Devils And Dust” as the two voices mesh together brilliantly, while “Honey Bee” (apparently written on a back porch and sounding like it was particularly content as it was) drips with sass.

“Until Then” is another that is interesting. DeMeyer sounding at her most vulnerable, before Kimbrough adds some well-chosen harmonies. And while the record ends with a track that isn’t self-penned (a cover of Incredible String Band’s “October Song”) the duo make it their own.

They do so to end a collection of rare class. Compelling, evocative and entertaining, “Mockingbird Soul” is full of magnificent songs and as many surprises as you can handle.