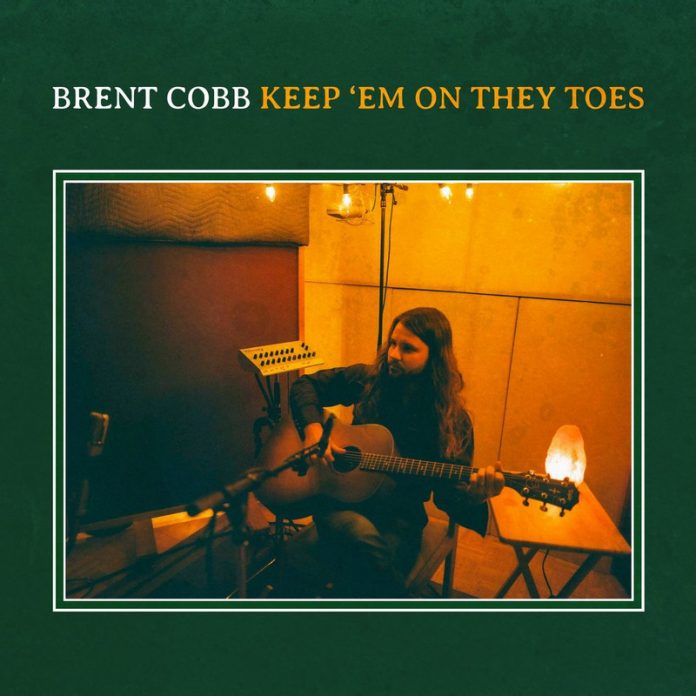 The other day, there were some quotes from Alice Cooper talking about how artists shouldn’t try and impart their beliefs on their audience. Broadly speaking, the responses were in two camps. One that vehemently disagreed, and one that vehemently agreed.

Now, you could argue that might be, in a very real way, an allegory for 2020, a year where vehemence appears to be the only choice, but surely, option three should be on offer. Doesn’t it depend on context? Like when I go and watch Alice – as I have many, many times – I am not after a discussion on Trump’s America, but equally when I go and see Billy Bragg I don’t want his gigs to end with him wearing a sparkly suit singing “School’s Out” and throwing balloons into the crowd.

That concept seems to be one of the core tenets of “Keep On They Toes”, “Shut Up And Sing”  for example has these as it’s first two lines: “I was told not long ago that I can’t talk the way I do. Singers shouldn’t share their current affairs or worldly views” and it feels like he’s battling, reconciling might be a better word, that with the fact that he has plenty to say.

What is particularly clever about “….”Toes” is while it is full of “world view” it isn’t political. I defy anyone to listen to it and work out how Cobb will be voting in November. Indeed, “Soapbox” a little later in the album, makes a plea for unity. “I don’t preach no tricks, don’t talk politics. I’m just a casual singer holding my stones and my sticks. If I got a problem my job is pour my heart in a song. Well, hot dog, your opinion is louder than mine. You might wear out my nerves, but you ain’t changing my mind. By, good God, let’s hop off the soap box and get along” is its chorus, and if I might say, this calmness is perhaps the most noticeable thing about the whole album.

It’s worth saying that one of the other key feelings on the album is that of contentment. Cobb has recently relocated to his native Georgia, and the locale seems to inform the collection. The title track, for example is written with his wife as a message to their unborn child, and the family theme runs throughout.

Most of all though, its just a wonderful country record. One that, with its sparse production, with Brad Cook, is reminiscent of the classic 70s feel, a fact that appears to be deliberate, given that on the gorgeous “Good Times And Good Love” he actually references “my honky tonk heroes”.

It is just tremendously laid back. “Sometimes I’m A Clown” has blue collar lyrics, and a small town mindset, but this is not about escape, rather, everyone is right where they need to be here.  Likewise “This Side Of The River” doesn’t want to be anywhere else, but has some beautiful harmonies (“Soapbox” does too, actually courtesy of Nikki Lane) and the gentle lead guitar is as good as skimming stones off the bank.

“Dust Under My Rug” rouses the rabble a little, happily in the honky tonk, it is a little touch of rock n roll, “When You Go” changes tack. More akin to one of Steve Earle’s blues moments, while “World Is Ending” in many ways sums up the vibe: “They say the world is ending….I’m just sitting here picking out a ditty” and that’s kind of it. Everything Brent Cobb needs is right here, and maybe that’s why “Little Things” is last. Underlining, if you will, what seems to be the core belief of “Keep ‘Em On They Toes”: Take care of what you can take of, and let the others sort the rest.

Welcome to 2020’s most lovely, warm album. There are many ways to take people’s minds off the horror of this year, you could do a lot worse than one.