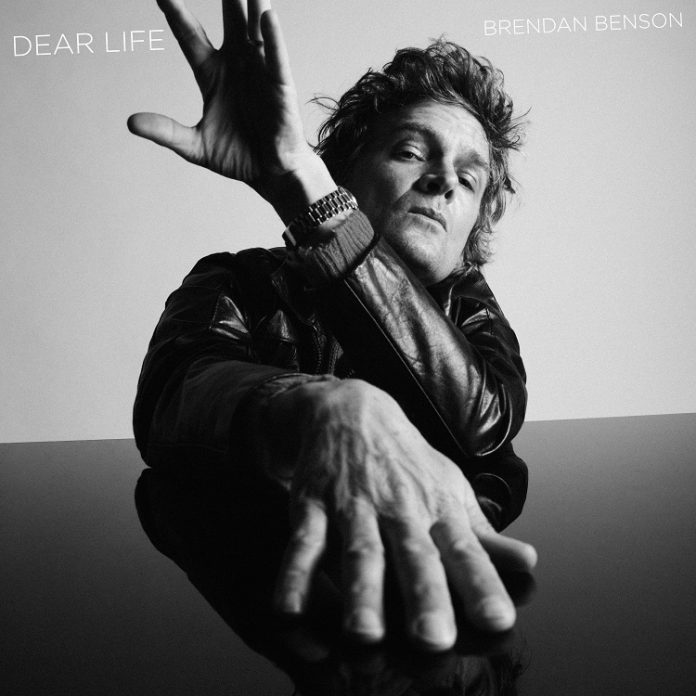 Whether you like “Dear Life” or not is rather going to depend on one thing. Does this phrase intrigue or scare you?

Because those are the only three words I kept coming back to again and again as I listened to it. There are 11 songs here. Just over 32 minutes. But goodness only knows how many different styles. Believe me, prog rock got nothing on this.

The key, it seems to me, comes in the track “Good to Be Alive”. In its hip-hop breakdown (yes, really) Benson says this: “I’ve been searching for that hunger that I knew when I was younger, but I was never satisfied. Now my body’s getting older, but my brain is aging slower, and I feel young inside.”

Instead, “Dear Life” – his first solo record for seven years – crackles with creative energy, a kind of “sod it, let’s have a go!” from the off.

There’s something of Prince type feel about some of this. The distorted, slinky funk of “I Can If You Want Me To”, before it opens up to a raw primal rock n roll in the chorus, the piano and drum machine (much of the record sounds like he was experimenting with a drum machine) of “….Alive”, and for the lyrics, well, he’s pulled the a-list out.

And, let’s not be coy here. It sounds drugged up and blissed out too. “Half A Man” is a psychedelic bluesy freak out, as if to emphasise the point.

“Richest Man Alive” is perfect pop, and no one can argue that he doesn’t sound like the happiest man in the world here. If The Dandy Wahols had a horn section, they’d have sounded like this. The title track is more your blue-collar American rock. Tom Petty is somewhere smiling at the imagery and there is a brutal poetry about the working class struggles here.

“Baby’s Eyes” takes things back to a 60s vibe, and “Freak Out” is well named. If any individual record summed up the whole collective, then its this. A screeching, almost punk, solo, is the high-point, but there’s everything else too. And that goes right to the end. “Evil Eyes” adds some warm feeling soul, and the album takes in some chugging garage tinged rock, and some acoustic flavours with “I’m In Love” which sounds sort of like it was left over from Springsteen’s “Tunnel Of Love” sessions.

The album ends with “Who’s Gonna Love You” which is funky, bluesy, dancey, and full of samples. But as he says in its loops: “its easier to give up, than it is to live up.” This album feels like the antithesis.

The breadth, the scope and the ambition here is incredible. It doesn’t always work, but hit’s the target more than it misses, and an artist that is happy to try this at this stage of their career deserves bonus points anyway.

One of those records where it feels like a conversation between someone timid and a risk taker. “Dear Life” answers the question: “why?” with the phrase “why not?” And it is superb.

Previous article
BAND OF THE DAY: SUNSET CLOAK
Next article
HOLD A GRUDGE