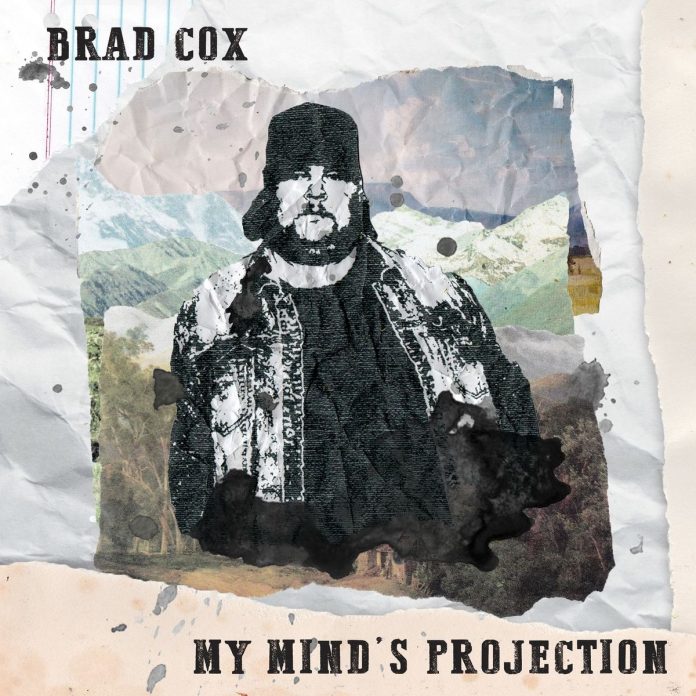 The opening to “Hold Me Back”  – the first track on “My Mind’s Projection” – is dark, bluesy, primal. You can hear Johnny Cash here. I’d heard that and immediately jumped to a couple of conclusions.

They were all wrong, as the subsequent 10 songs proves, neatly. But then, that was the idea. As Brad Cox explains it himself: “I wanted to make a record that I know my fans will love. But, I think this album will open doors to a lot more people, other than fans that only like country music.”

It’s an interesting, perhaps ballsy, move from the Aussie too. His debut album from 2018 pegged him as a country star in waiting, and whilst he hasn’t moved away totally from that, of course, there are so many different colours and textures to this one.

After “…Back” a pretty bleak discussion on the recesses of the mind, there’s something altogether more fun. “Drinking Season”, all girls in cut-off jeans and messing about in the sunshine with your mates, works as well in the cold November of the English winter as it will in the spring down under.

“Short Lived Love” alters the mood again. There’s some lap steel, but there’s a claustrophobic almost 80s taste here, as he talks about “powdering my brain with the harshest of chemicals” in an attempt to get over his broken heart.

He’s worked  – as on the debut with Matt Fell – but their relationship seems to have blossomed even further. The appearance of Aussie road dog, Adam Eckersley adds something to “Remedy”, and the guitar work here is wonderful. It really does seem to gently weep.

The title track continues down this dark, earthy path. Something raw in the confusion, but also just a touch funky. “You can blame it on the fact that I was almost dead” he muses here, and this really is a record where pretty much anything could happen.

“Wasted Time” is more the acoustic, dirt roads country you might have thought, and “Thought I Knew Love” is the sort of timeless thing that would have been just as likely to be playing at an 80s school disco as anywhere else.

The thing is, though, wherever this goes – and “Give Me Tonight” has more than a hint of Gin Blossoms about it – it is classy, but crucially, authentic. You can imagine these being true experiences, even if they are not.

There is an overt piece of pop music in “I Keep Driving”, but if there are stacks of country stars who could do that, there are not many who would even think of “Caught In A Noose By A Stranger” the near nine minute epic, with its jazz ending. Indeed, it might only just be Cox, to be fair.

It ends on a more gentle note – at least musically. “I Still Want More” floats by, but the words hide a deeper truth, there’s pain even here.

And, I still want more might be an epithet for Brad Cox himself. He seems to be an artist that wants to grow, to push himself and to expand. It’s said that when Covid happened he just went to his tractor and worked for 17 hour days. He had plenty of time to plan his next move for sure, and “My Mind’s Projection” is a hell of a place to start from.