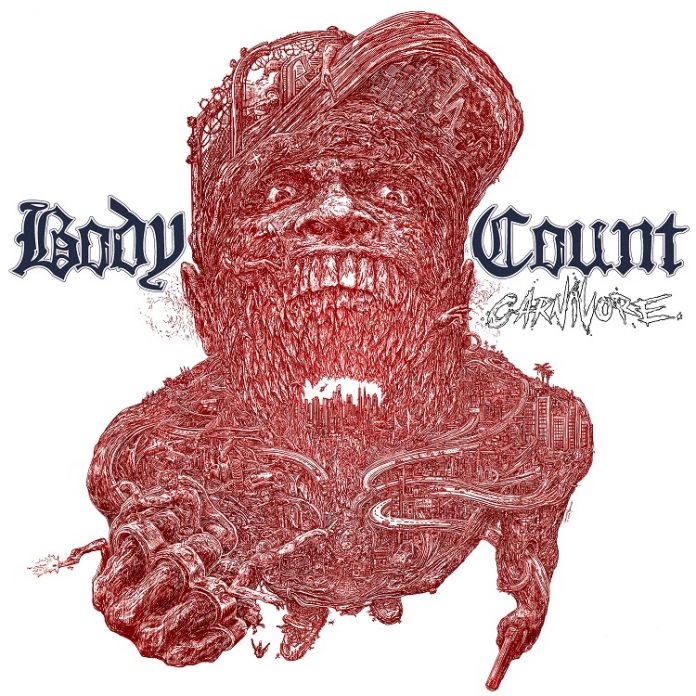 The fact I am typing this wearing a Skid Row shirt might date me as a kid of the glam rock era. The late 80s, early 90s. Guns N Roses, Cinderella, Poison, that was us.

Because of that, I remember when the lines got blurry. It wouldn’t raise an eyebrow now, but when Anthrax jammed with Public Enemy, when Aerosmith walked their way with Run DMC, when The Prodigy added metal riffs and went mainstream….these were seismic changes, they really were.

In amongst all this, back in ’92 Ice-T entered the fray with Body Count. I’d have been about 16 when it came out. We bought it. We lapped it up. You have to remember the time. It’d been four years since GnR had broke, and ok so Nirvana were about, but I’d never much cared for their “here we are now, entertain us” thing.

What we needed was something scary, something that frightened us, opened our minds to other things, other worlds that weren’t ours.

And in that first Body Count record we’d found it.

To reminisce, I suppose, I was listening to the Cathouse Hollywood Podcast the other week and on it, they were talking about the time Body Count played The Sunset Strip. They’d got “Cop Killer”, they’d caused moral panic, and although I always preferred “KKK Bitch”, it did feel dangerous listening to it.

28 years on, it doesn’t, not so much, but there’s a moment on “Carnivore” that gets close. Ice covers his own “Colors” – the look at gang culture he wrote back in the 80s – and gives it a metal sheen. The sheer brutality of it, the sheer helplessness of the protagonist. You listen to its words now, with the gang culture and knife crime on the news and it resonates: “You don’t know me, fool” spits Ice, and its true. “some punk claiming they understand me…..?” he says later and how could we?

Just as a piece of music, though, “Colors” is astonishing. 32 years old? Still relevant? Still shocking? Isn’t that what a brilliant song should do? We claim Dylan lyrics are important, Springsteen, whatever. This is up there.

But Body Count are a wonderful heavy metal band. Always were too. “Carnivore” builds slowly, menacingly, before casually discussing the brutality of humans over a genuinely heavy riff. Many thrash bands don’t riff like Ernie C. This is a moshpit waiting to happen.

“Point The Finger” – returning to Ice’s theme of police brutality (“the fucking badge is the biggest gang we have”) is punky and fast, and sees Riley Gale of Power Trip, sprinkle his fury over it.

“Bum-Rush” is probably the single, slams and is best described maybe as “action packed” and “Another Level” – which floats like Metallica but stings like Slayer – sees Jamey Jasta team up with Ice to lay waste to the haters.

“No Remorse” on the other hand, crushes. It is a middle finger raised to everyone. Never have the words “anything I said or did. I meant it” been said with more feeling, but this is balanced beautifully by the heartfelt arena rocker “When I’m Gone”. Dedicated to the memory of his friend Nipsey Hussle (murdered in 2019) it features brilliant vocals from Amy Lee of Evanessence.

Last one, “Thee Critical Beatdown” opens with the words: “I am done talking shit to your bitch ass” and gets more violent from there. The hook line, “I am done with the bullshit, I ain’t fuckin’ round no more and if you don’t show up, I am knocking on your front door…..” suggests that whoever it’s about needs to fix it quick.

In amongst all this, there is – as there always is on Body Count records – a cover from an artist that inspired them. This one is “Ace Of Spades”.

And it makes perfect sense. Because Lemmy and the boys transcended boundaries, genres and appealed to all sections of people.

Yet they always managed to be dangerous, offensive to some, God like to others. But didn’t care either way it seemed.

On that basis. Welcome to “Carnivore”. Love it, hate it. The choice is yours. Ice-T, I am guessing, couldn’t give a shit.