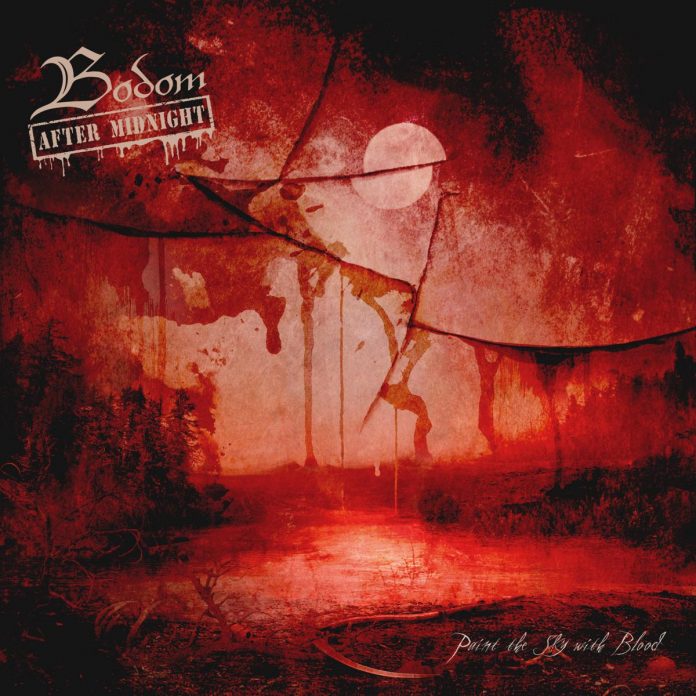 Best laid plans and all that – there’s a poignancy about Bodom After Midnight. “Paint The Sky With Blood” was meant to be the start of a new chapter for Alexi Laiho. Of course, it now stands as his epitaph.

His tragic death just after Christmas, when years of substance abuse caught up with him at the age of just 41, robbed the world of a true talent. One that possessed the ability to cross normal lines and bring extreme metal to a different audience.

I know this because I am one of the people that was a fan of Children Of Bodom, and “Paint The Sky With Blood” is highly likely to be the only extreme metal record that gets reviewed by me in 2021.

The reason that they – that he – manage to blur the lines is shown best on the brilliant second track here “Payback’s A Bitch”, because there’s a guitar solo, played by Laiho, I assume (although Bodom After Midnight feature another guitarist, Daniel Freyberg, drummer Waltteri Väyrynen (Paradise Lost), bassist Mitja Toivonen (ex-Santa Cruz) and live keyboardist Vili Itäpelto) and its done with his trademark glee. It shreds, a bit like Dragonforce at their most widdly, as it were, and you remember the sense of fun Children of Bodom always had. The cover of “Ooops….I Did It Again” that scared the shit out of a woman I used to work with, or the version of “Somebody Put Something In My Drink” that I’ll swear to this day is better than The Ramones.

There’s a cover here too, an epic sounding take on Swedish Black Metallers Dissection’s “Where Dead Angels Lie”, which veers from Metallica sounding intro’s to harsh, cold death metal, by way of a swirling soundscape – before a solo that would make Maiden proud.

The opening track here, the title cut, is essentially a maelstrom of early Children Of Bodom – if, that is, they were jamming some symphonic metal with Lamb Of God. It’s odd, its crushing and like Children Of Bodom, there’s no desperation to fit in anywhere.

This feels less like the start of the journey it should have been, and instead something of a celebration.