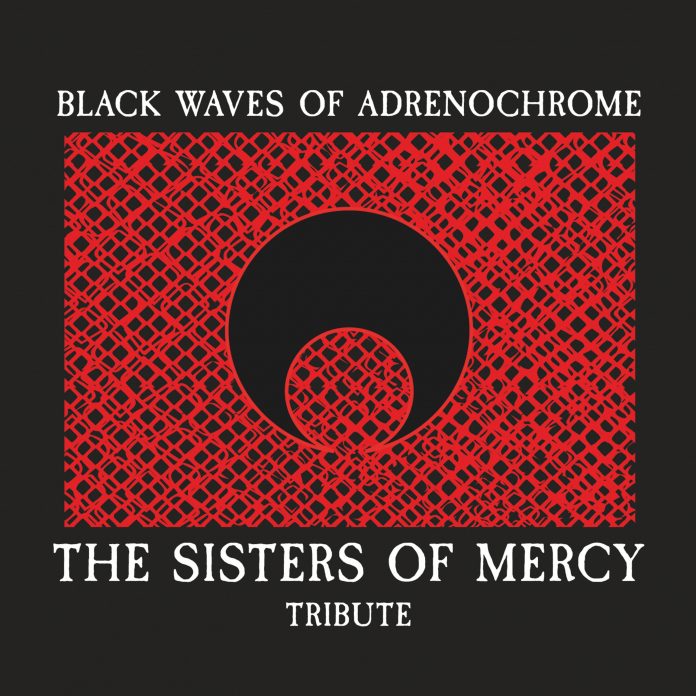 A Sisters of Mercy tribute from a variety of bands from the metal and gothic scenes, what`s not to like?? Unless you`ve lived under a rock, The Sisters of Mercy are an English rock band, formed in 1980 in Leeds. After achieving early underground fame there, the band had their commercial breakthrough in the mid-1980s and sustained it until the early 1990s. They stopped releasing new recorded output in protest against their record company and are currently a touring outfit only.

The group has released three original studio albums, each album was recorded by a different line-up; singer-songwriter Andrew Eldritch and the drum machine called Doktor Avalanche are the only points of continuity throughout.

There are three covers of tracks that were on the band`s debut album `First and Last and Always` and kicking us off are a band i`ve always loved, fellow Yorkshiremen Paradise Lost and their take on `Walk Away` and it`s a pretty faithful version. Nick Holmes vocals are wonderfully suited to this track and the rest of the guys add that intensity that this number has always enjoyed. Suffolk`s finest extreme Metallers Cradle Of Filth offer up `No Time To Cry` with Dani Filth utilising his five-octave vocal range vocal to good effect on this number. They give it a slight `Filth` tinge but retain the original`s brooding intensity.

Cologne`s Goth/Death rock quintet, Columbia Obstruction Box take on `Marian` a song that was renowned for one verse of the lyrics in the second half of the track being in German, a song that`s more than likely written about death. The deep baritone here retains its hypnotic and haunting texture.

We have a further four covers of numbers from The Sister`s second album `Floodland` and two versions of `Lucretia My Reflection` written about the fall of an empire and the aftermath of war. First up is Essen, Germany`s finest trash Metallers Kreator`s take. It`s for the most part a wonderfully restrained version and all the better for it. A different and enjoyable reworking. We also have Dan Swanö, a Swedish musician, who has fronted prog and death metal bands such as Nigtingale, Witerscape and Edge Of Sanity. His is closer to the original but has a lot of guitar emphasis and a slightly faster pace.

Andrew Eldritch used the year of his birth to represent a bygone time of innocence with `1959` which was a stark submission with just vocal and piano. German gothic metal band, Dreadful Shadows give it a different lease of life with a faster tempo, rocked out version. `This Corrosion ` was produced by Jim Steinman and was written about Wayne Hussey and Craig Adams who left to form The Mission. Defunct Swedish rockers Maryslim feature Jyrki69 of Finland`s rock band The 69 Eyes on this version and although it`s pretty faithful, they do add a certain kind of something.

This time we have just two covers of tracks from The Sisters of Mercy`s third album release `Vision Thing` and it`s the same track `More`. First up are the German heavy metal outfit from Ludwigsburg, Atrocity who give us their version. The band retain the female background vocals and Alexander Krull’s slightly gravelly understated vocals give it an interesting spin. There`s almost a dance beat about it at times. Hungarian Goth doomsters Nevergreen relate a fairly close version, again with the female soprano wails and Slobodan Macura’s quite minimalist vocals.

The remaining tracks have been on the `Some Girls Wonder By Mistake` compilation album.

Slovakian goth doomsters Frown share `Heartland` which is nearly a perfect fit for singer Marián Dráč’s baritone, but it also enjoys some delightful electronic synth keys. The band seem to breathe new life into this number. We have two versions of the stunning `Temple of Love`. Deadlock a German metal band from Schwarzenfeld, Bavaria provide a wonderfully robust version from their `Manifesto` album with Sabine Scherer supplying the clean vocals in place of the sadly departed Israeli singer Ofra Haza and Johannes Prem the unclean vocals in place of Mr Eldritch. Another German band, Mannheim Goth Metallers Crematory offer an interesting slant on this song with a faster pace and some swirling keyboards.

Long gone Dutch Gothic/Doom Metal band Daeonia provide us with a take on `Alice` which retains just the right amount of angst. The album closes out with `Floorshow` covered by Cadaverous Condition & Kara Cephe. Cadaverous Condition are an extreme metal band from Austria while Kara Cephe are a Turkish industrial metal band. It`s a dark but captivating submission with growling vocals and elements that seemed to have an almost middle eastern feel.

I have to say this was a cracking compilation of rare and sought-after versions of some of the better known Sisters of Mercy tracks. This release has not only forced me to dust off my Sisters of Mercy vinyl and give it a blast but there`s a few bands here that I’ll definitely be checking out.