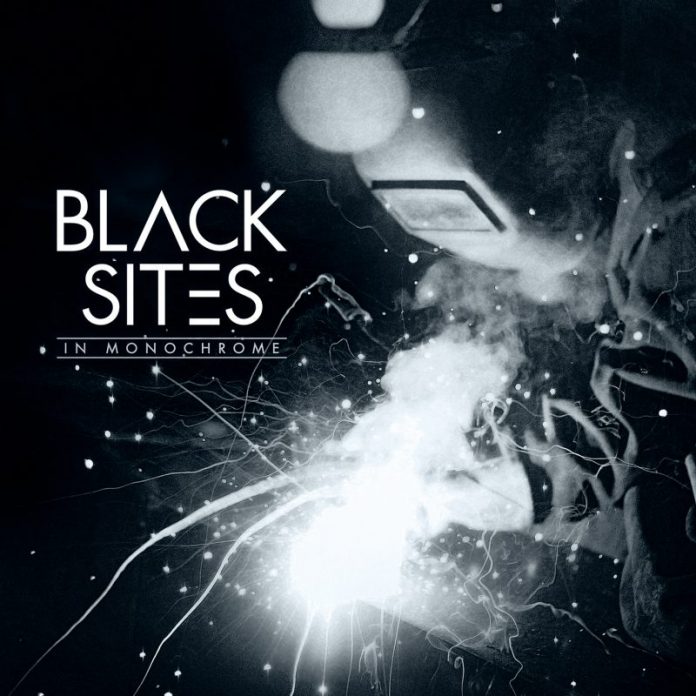 Mark Sugar is back on trial – and this is sweet

A band that is releasing its debut record and is still looking forward to its first live shows doesn’t, usually at least, get a major label record deal or a level of buzz about them.

That Black Sites have garnered both of those things is rather a product of their back story. BS are not just any new band, blinking innocently into the light and seeking to make their way in the world. Rather they are a band formed from the remnants of Trials,  stalwarts of the Chicago Metalcore scene and who – prior to their amicable demise in 2015 – released three critically acclaimed records.

Their singer and guitarist Mark Sugar decided that for his next endeavour he was largely ditching any vestiges of “core” and focussing on the “metal”. That means (largely) the vocals are clean and the resulting “In Monochrome” is far more varied than you might expect.

The man himself spoke of his desire to challenge himself with Black Sites, to build his songs with a more classic, 70s rock hue, and he has done all of that and more – much more – besides.

Opening with some foreboding piano – an instrumental called “M Fisto Waltz” that then envelopes itself around some mighty prog guitar – is but one clue. The first song proper, a dark heavy chugging affair with a magnificent hook “Dead Languages” with echoes of Alice In Chains, is all the proof you need that this is something quite different.

There is a real feeling here that the four piece (made up of some of Chicago’s finest players from the underground metal scene. The band features Mark Sugar on vocals/guitar, ex-Trials bandmate Ryan Bruchert on guitar, John Picillo on bass, from Without Waves and Immortal Bird, and Chris Avgerin on drums, from Nequient and Autonomy) all bought into the idea of stretching themselves.

That can be the only explanation for the wonderful title track – seven minutes of classy, classic rock – and if the heavier “Burning Away The Day” is more of a nod to their own sonic past, then there are elements of Queensryche here too.

“Hunter Gatherer” is another very obvious highlight. Building to  a viscous crescendo after initially showcasing Sugar’s incredible talent as a guitarist, with some stunning acoustic work. There is, however, nothing here that isn’t done with tremendous skill.

“Watching You Fall” adds a little more mid-paced melody, “Locked Out – Shut Down” is perhaps the one that is most closely aligned to Trials, while “In The Woods” effortlessly merges their old and new.

The startling thing about Black Sites though, is just how many styles they manage to cram into less than an hour. “The Tides” for example, is a gorgeous acoustic led strum, but one that manages to switch gear to fine effect.

Indeed, the last song is as different again. “Steamrock Fever” has a gothic feel, but also a driving, thumping insistence and rare melody. It concludes a record that is one of a band that is brimming with ideas, but also has that rare thing. The skill to pull them off.

Oddly for a record that is called “ In Monochrome” the only thing black and white here is the songs are all superb. Everything else is coloured in all kinds of incredible shades.