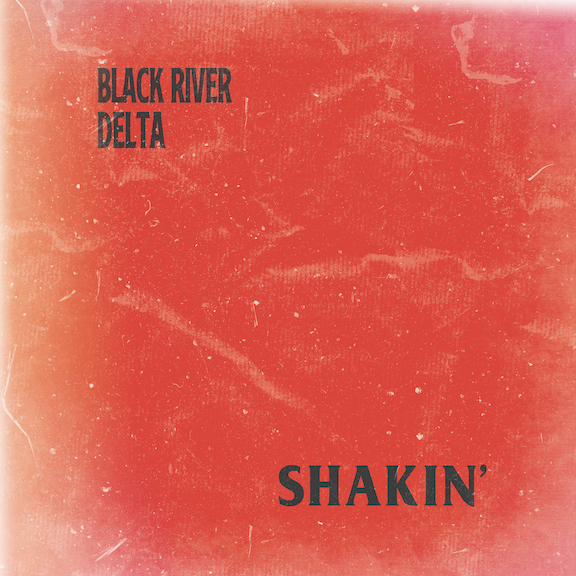 Back in 2018 Black River Delta won the personal patronage of Joe Bonamassa. He called their “Vol II” record one of the best of that year and invited the Swedes to perform at his festival at sea.

Fast forward to 2021, and let’s be honest here, the patronage of MV is unlikely to mean as much or carry as much cache. But if we ever hire a cruise ship and stick a load of bands on it, then don’t fret, these boys are on stage.

Right from the off, the very opening riff, of “Burning And Burning” its impossible to resist the charms of this. Slide guitar – done right – is a tough thing to top, and this is done very, very right indeed.

The more conventional “blues” for want of a better phrase, of “Howlin’ Back At You” proves that its not a fluke, either and whilst I can totally get the Black Keys comparison (although if I was the facetious sort I would also point out that this is a million times better than anything on the recent Black Keys record) there’s a key name missing for me. These boys whip a primal storm, you see, and even if they aren’t quite as primal – but then nothing is – fans of The Bonnevilles need to be getting themselves on this. Immediately.

It works on the same kind of dark, thick groove. “Shakin’” thunders by the time of its chorus, a little bit like you wish Rival Sons did more often, and the lyrics too, go to some dark places. “Solitary Man” and its fantastic use of harmonica, is a case in point.

Indeed, it wasn’t until I read that they were Swedish that I realised their nationality. So heartland, so steeped in the US does this sound, the absolute dirty funk of “Black Gold” is the stuff of dreams, I guess, a band living out its dreams and fantasies, and the incredible acoustics of “400 Hours” is so dark, so full of hopelessness, that even The White Buffalo himself, Jake Smith, is looking on with envy.

Work like “California Sun” is supremely interesting in that it is rooted in the past – and proudly so – but also has such a modern outlook. Its fuzzy, scrappy energy comes from a very BMRC place, but tellingly, its follow-up “Train Back Home” seems so rooted in the back porches of the back roads. A plaintive, yet palpable wail exists in its sound, like a cry for help. It’s what BRD do.

The guitar work is exemplary, it really is, throughout, but especially so on the almost gospel sounding “Left My Heart In The City”, which is preloaded with fire and brimstone, and adds some organ to the mix.

“Midnight Train” is wonderful, riding the railroads, through Arkansas in the style of the folk songs of yore. Woody Guthrie and whoever else is evoked so pure its sound, while as if to shine a light on the idea that this could have been anything it liked, then you don’t have to look too hard to imagine Jimmy Page playing “Now I Know”.

In truth, whoever listens to “Shakin’” will be doing so on their own terms, and you’ll hear different things in the mix than the next person. That said, hopefully, the one thing we’ll all be able to agree on is that it is a brilliant collection from what is clearly a truly incredible band.