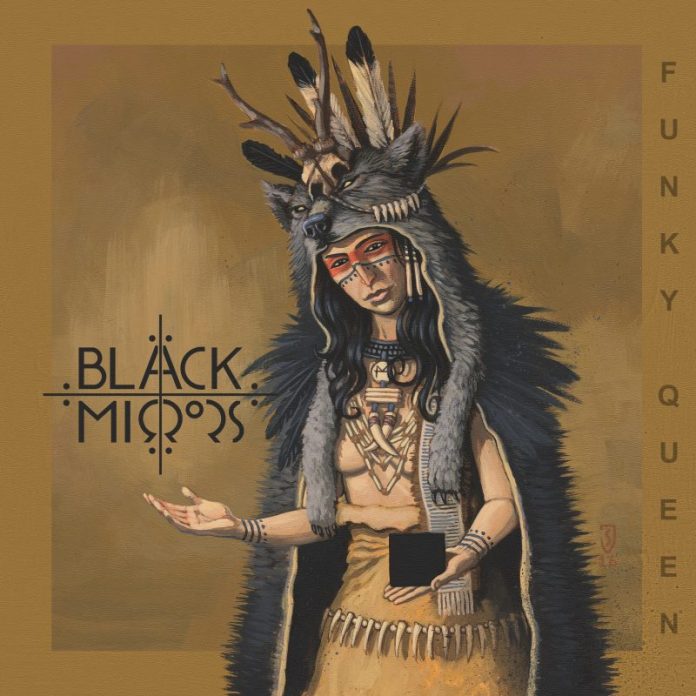 Belgian rockers set down a marker

At the risk of going overboard, there are just four tracks on this EP, after all (and one of them is a cover) there is something a little special about Black Mirrors.

Take that aforementioned cover. Lord knows, nobody really needs to hear another version of “Kick Out The Jam” (as its billed here) but if you are going to do it, then you might as well chuck your heart and soul into it. In do doing Black Mirrors become the first band since Presidents Of United States Of America to extract anything different from it. Here it’s slamming, huge, fuzzy stadium filler.

Which means, then, it’s in good company.

Because, everything BM do is somewhere between enormous and gargantuan. From the obscenely good title track, it is clear that you aren’t dealing with a band that wants to settle in. Instead, Black Mirrors quite fancy kicking your door down and grabbing you whatever they can find.

Much – not all – of this, is down to Marcella Di Troia, who must rank alongside Sari Schoor as being one of the finest voices there is right now. Versatile too, she slinks her way through “The Mess” which builds itself around a filthy bassline from Gino Caponi.

If the other three had been an exercise in bluster and bombast, then the light and shade of the final cut here “Canard Vengeur Masque” give  Pierre Lateur a real chance to showcase his formidable skills.

We’ll wait for the full album before shouting it from the rooftops too loudly, but the future might just be bright for Black Mirrors. Very bright indeed.