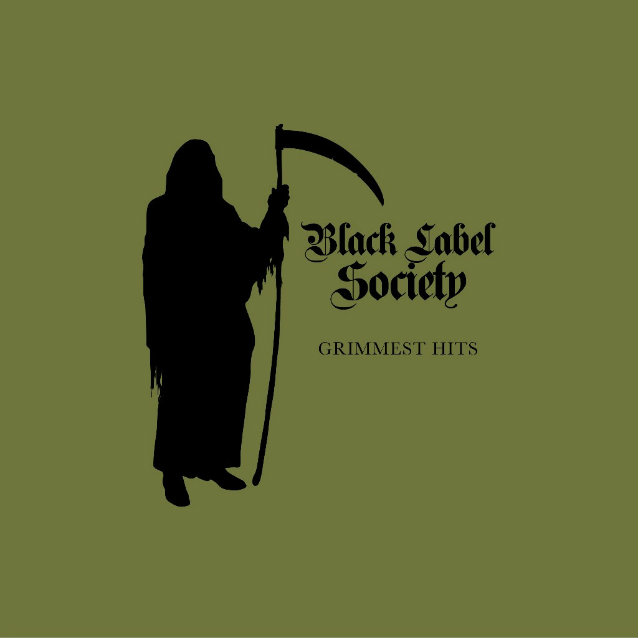 Zakk’s back and its business as usual

It’s interesting that “Grimmest Hits” almost seemed to sneak up on you, but then, on the other hand releasing a record with the minimum of fanfare seems to totally suit Black Label Society.

After all, over the course of 20 years and 10 albums (including this one) unfussy, unflashy brilliance has always been the order of the day.

The interview in which Zakk Wylde – the big beast around which this band is built – announced their return, four years after the last one was as spot on an insight into him as you will get. “In between the breaks and in between my nail appointments, the shaving of my legs, we’ve actually made another Black Label album” he told radio in the US (to be fair the DJ got off lightly, Wylde once regaled MV with the tale of what he does while listening to Led Zep IV while in his home studio….)

The results are 12 of the most BLS songs you could wish to hear, and a record which confirms very definitely that the big man is back. A dash of Corrosion Of Conformity, maybe, a pinch of Pantera, perhaps, but a homemade (almost literally as this, as always, was a product of the Black Vatican, Wylde’s home studio) recipe that could have only come from this cookbook.

This time he’s back not just with smooth legs and a manicure, but with a new guitarist, as Lizzy Borden man Dario Lorina replaces Nick Catanese, but it’s business is usual, and business is good.

“Trampled Down Below” does everything you want a BLS opener to do. There’s a few seconds to get into things, then a veritable boom as everyone gets to work. A bass thud, that voice and even better, one of those solo’s. Four years is washed away.

“Season’s Of Falter” is even better. Meaty riffs, mean plenty to chew on, but all with that instinct for dynamics, while “The Betrayal” slams. Good time rock n roll that is headed in a Harley for where the road meets the sky. The vocal effects, too are interesting, the double tracking thing that AIC used to use, is all over this and the way Wylde plays his guitar here proves there are few better.

The feeling that he and Black Label can do anything is amplified throughout the rest of the record. “All That Once Shined” is slower, more bluesy, then a switch is flicked to turn it in to a big ol’ boogie, and if he’s always had a sensibility that people don’t always spot, the sun dappled “The Only Words” takes us right back to his days in the wonderful southern rock juggernaut Pride And Glory.

Seemingly to provide an extreme, “Room Of Nightmares” follows and is a real slammer and the lead work here is especially impressive – the song itself is noticeably shorter than anything else on the record too.

It is unlikely that anyone here will be too upset at being compared to Sabbath, which is a good job, because “A Love Unreal” doesn’t try and hide the reverence, “Disbelief” is monumentally full of intent – indeed the clever use of lighter sections only serves to highlight just how heavy the damn thing is. At the other end of the scale is “The Day That Heaven Had Gone Away” which is resolutely proud to be a ballad, and there won’t be a dry eye in the house by the time it’s done, either.

One thing you can say about “Grimmest Hits” though, is that when it does quiet, you know it is going to get very loud very quickly thereafter. Resisting “Illusions Of Peace” is futile. It is akin to putting a tank in a model village. There is only one winner.

Its primal urges aren’t done there either. There is a touch of Clutch like melody about “Bury Your Sorrow,” although it does end with a real surprise. “Nothing Left To Say” is a shimmering piece of 60s psychedelia.

It is proof of two things. First, the title of the track is wrong. There is plenty of life in these old dogs yet, but also this: if it is true to say that BLS have never written a bad record, then even still, “Grimmest Hits” is a cracker. Zakk is still born to be Wylde.