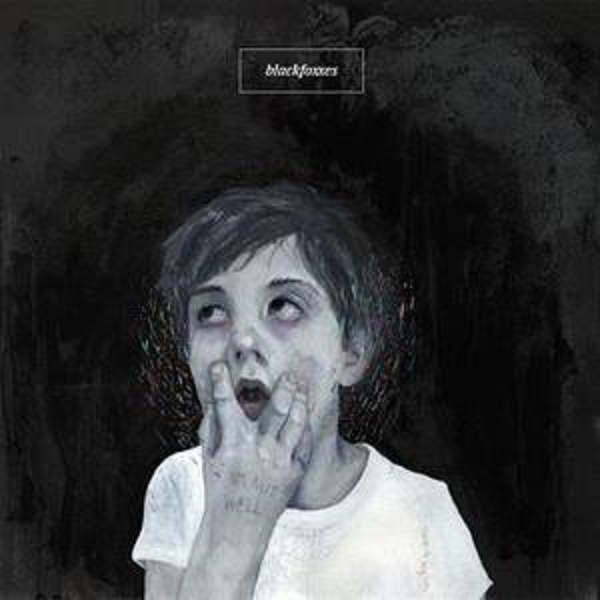 Now, regular readers will know that MV likes very few things better than the genres that bands give themselves, and “depression pop’” is a new one. It’s also the epithet that Exeter’s Black Foxxes choose to use on their Facebook page. On the basis that most pop is depressing we’ll go with it.

This, though, is far from depressing. “I’m Not Well” is quite, quite brilliant.

The debut album from the three-piece – and let’s consider for a moment the thought that debut’s shouldn’t be this fully formed, nor should a trio should sound this huge – walks the line between Nirvana, Biffy Clyro,  (early) Radiohead and The Screaming Trees, and yet somehow manages to sound fresh, new and extremely exciting.

It does the quiet-loud-quiet dynamics of the 1990s better than most bands did back then and although they might not come right out and say it, Black Foxxes have got their eyes on arenas. They don’t intend on not being massive. In that respect, kicking the record off with the title track is a masterstroke. Demur and uncertain it is not, and for all the wonderful fragility to Mark Holley’s voice – he frequently sounds like he’s going to break down in tears – the wall of sound they create is as good a starting point as anywhere.

“Husk” which follows, is a heads down thumper with a giant hook and screeching guitar solo, which suggests to everyone that they have the versatility to go a very long way and given that they follow this immediately with the beautiful and heart-breaking ballad “Whatever Lets You Cope” the opening salvo is enough to convince you that this very special indeed.

The key, of course, is how they manage to do this over a full record – and on this point, you (and they) have nothing to worry about. “How We Rust” has echoes of what Biffy would sound like if they were alone at 3am and in a dark place, “River” appropriately meanders and flows and is perhaps slower and more deliberate than a lot of the others – they are superb at this as they prove on “Home” –  while “Maple Summer” shows just about every other modern rock band how to do modern rock – a trick they repeat on the arguably even better “Waking Up.”

It is on “Slow Jams Forever” that they pull their strands together and soar, doing so with a class that is rare, and the almost bluesy track they choose to end this with “Pines” is in many respects the clam after the storm.

Frequently on “I’m Not Well” Black Foxxes give away their intentions. Put simply they are better than their competition, and in coming years they’ll surely leave them behind. It’s trite but nevertheless true to suggest that you might as well buy this now, because in 10 years they’ll be celebrating it by playing it in full at Wembley and you’ll claim you had it all along.