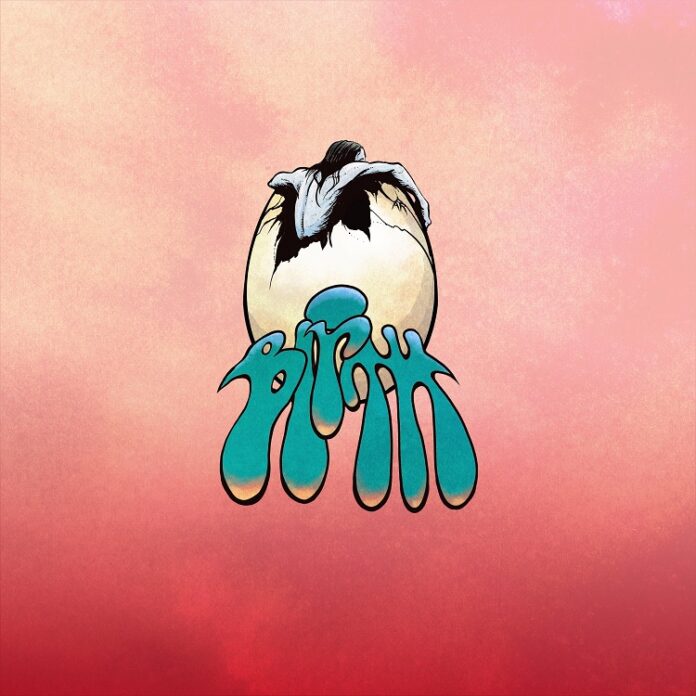 Birth are a progressive rock outfit made up of Conor Riley (vocals, keyboards, acoustic guitar) who has also graced San Diego’s Astra, a progressive rock and psychedelic rock band, Brian Ellis (lead guitar / keyboards) who has also played in Astra and Psicomagica a space rock band and Trevor Mast (bass) who was also in Psicomagica. The drums on this recording were supplied by Paul Marrone who has played in Radio Moscow and Psicomagica. The guys have an album due out in the new year but prior to this they have a three track self-titled extended play released this month.

This ep opens with `Descending Us` and it`s a mesmerising affair which has some quietly shared vocals before guitar and keys seem to not quite challenge each other but drive each other on. I found myself drifting away before the vocals returned and the keys and guitar became more assertive and drew the vocal to almost compete to be heard.

A thumping bass line leads us into `Cosmic Tears` where keys and guitar join and guide us along a quite celestial musical journey. At times it`s quite jazzy and becomes more of a jam. There`s more of a trippy vibe as the latter part of the number is shared.

`The Long Way Down` closes this ep and it had a more seventies progressive rock texture about it with vocals riding over the musical structure. It belts along at times and twists and turns as it progresses.

The Birth EP was a curious submission. It appeared to have influences from progressive rock bands such as King Crimson, early Pink Floyd and Yes but also seemed to encompass elements of jazz fusion bands like Return To Forever and Weather Report.

It`ll be interesting to see how the band develop on a full blown long player.