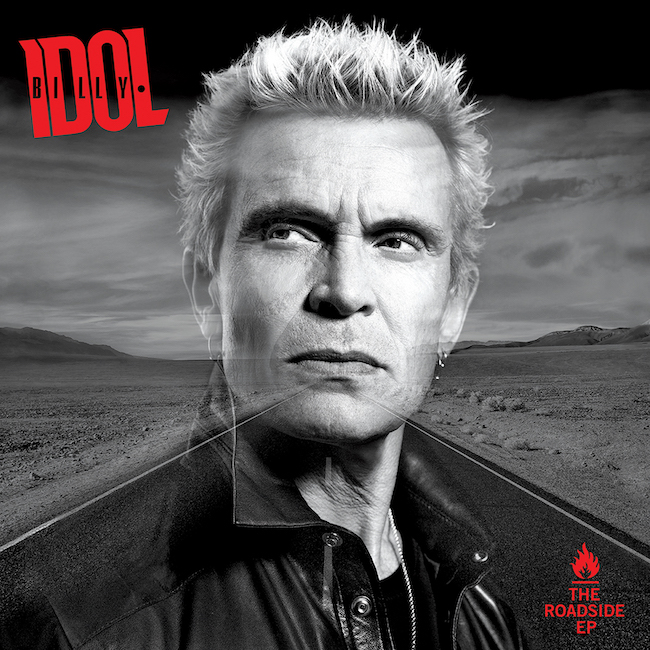 It’s interesting to think about Billy Idol. It’s 40 years since he went solo, and I do wonder if he gets the credit he deserves.

Ignore the mega-hits, the iconic floor-fillers – we’ll get to that – I last saw him in 2018, and not only was there literal screaming when he took his top off (he’s almost 20 years older than me and there’d be literal screaming until I put mine back on) there was something in my review of the night that struck me: “Idol too, is still a formidable frontman….and he appears to relish these golden days.”

Well now he’s back. Signed to a new record label (headed by George Harrison’s son Dhani) and with producer Butch Walker at the helm, the four songs here are both all that’s wonderful about Idol, but a reminder too, that these legends (not a word that I am chucking in lightly), never lose it.

“Rita Hayworth” is everything that this EP is. Pop music, but with a London accent and the thought that it might mug you in a dark alley. It gets bonus points for rhyming “colossal” with “apostles” and still being as punk rock as you like. Steve Stevens solo is stunning too.

This is no one trick pony (or one song EP) though. “Bitter Taste” – the lead single from it, that deals with his motorcycle crash – was a hit in the US and you can see why. Not a million miles off Chris Isaak’s “Wicked Game” actually, its thoughtful and superbly done.

The throbbing “U Don’t Have To Kiss Me Like That” is rooted in the 80s, and proudly so, actually, and the way it’s chorus explodes is joyous, while “Baby, But Your Clothes Back On” has a country tinge, and passes as romantic where Billy is concerned.

Maybe he’s growing up, maturing if you like? Well, he’s 66, so who can say? Or maybe he’s looking for another “White Wedding?”

Whatever, “The Roadside” is a mighty EP, from a brilliant artist who maybe deserves more acclaim. That night when I saw him last, he’d said: “Steve, show them what a hit single sounds like, would you?” pretty much like any of these, to be fair.