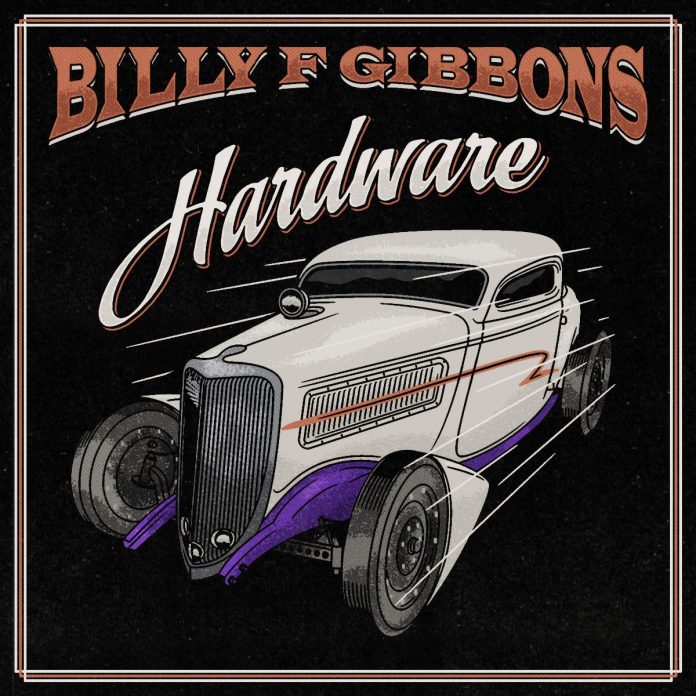 My niece is two years old. She’s ace. She makes occasional appearances in these reviews, and this one is because this week my sister in law put a message in the family WhatsApp group that said the littlest Thorley had been bought new sunglasses and shoes. She’d apparently looked at herself in the mirror and announced to her parents that “I look cool” (she does, but I might possibly be biased).

The reason for this opening is simple: What is cool? What does it mean? And how does a two year old know to use it?

The point is, Billy F. Gibbons is cool. It’s just a fact. But why? How? I mean, in one hand having a roadie light your cigar could be considered rock star, but I’ve never smoked so its not that, and it could be the way (in his words) the way he “plays that thang”, or its just something innate, something intangible.

“Hardware” is cool. His other two solo albums have been too, but this one might actually be the best of the three, and that’s just about as obvious as the beard on Billy’s face, from the second he rips into “My Little Card”.

The reason for this – at least – is simple. The groove is dirty and it doesn’t sound like it should be on a ZZ Top record, but at the same time, it is unmistakably BFG.

And he doesn’t half sound invigorated on these. He is 71 years old is Bill, but on stuff like “She’s On Fire” it doesn’t so much sound like he’s a Sharp Dressed Man, but rather he wishes that you weren’t wearing anything at all, frankly.

Working again with Matt Sorum (who co-writes 11 of these with Gibbons) there’s an astonishing freshness about this, “More. More, More” crackles with a funk, while “Shuffle Step and Slide” is as fun as 12 bar blues can be.

The fact that there’s so much going on here, of course, is because Gibbons is one of the best (and I’d argue most underrated) guitarists on Planet Rock. The beautiful “Vagabond Man” which is so timeless it could have appeared at any point in the history of rock n roll and still sounded like it belonged.

There’s a desire to take chances, too. “Spanish Fly” takes the roots of “Gotsta Get Paid” and makes it even more Avant Garde, while he turns himself into a kind of fire and brimstone preacher on “West Coast Junkie” – a kind of Surf Rock Blues hybrid – while the wonderful Larkin Poe add some vocals to the mighty “Stackin’ Bones”.

It also needs saying that there is nothing remotely weak here. “I Was A Highway” is as fun as it is ZZ, but its almost effortless. “S-G-L-M-B-B-R” is another from the top drawer – or maybe that should be top shelf? – and frankly, it thinks that rock n roll should get you laid.

The one he doesn’t write, “Hey Baby Que Paso” is in many ways the perfect cover for this album. They’ve turned the Texas Tornado’s version into something that a Mariachi band could play at a biker rally, but will stick in your head for days.

The last one, though “Desert High” is a supreme example of why the Rev Bill does these solo records. Half narrated, with a crunching riff, it references Jim Morrison with good cause. “The City of Angels ain’t too far from here /And when I need some sin, it’s always near” he whispers, as if in confession. But you know he’s not ashamed.

There’s another line on “Hardware” that rather neatly sums it up. “I am what I am/it is what it is” he sings at one point. And he is. Billy Gibbons is brilliant, and so is the collection. Every so often he gives himself a reboot and that’s what “Hardware” is. As well as being very cool indeed.